Posted by n i l e e y on October 31, 2018
On the 9th of September 2018, my family and I took part in an excursion to Kampung Sungai Melayu. There were around 16 families, total of 70 people in this excursion, and was organised by mummy Jac (Thank you Jac!) 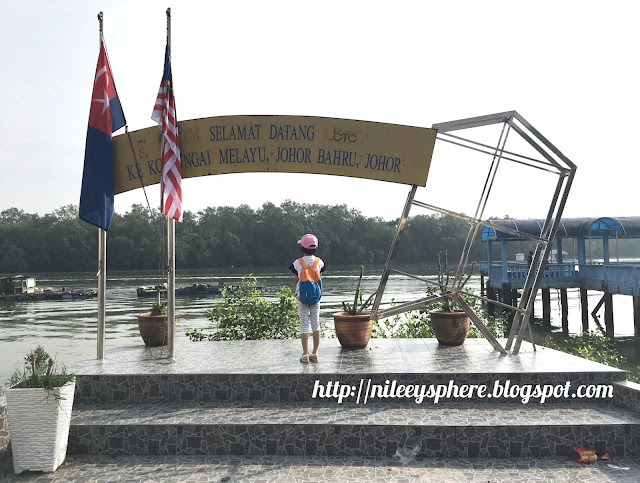 Some background about Kampung Sungai Melayu :

- It is among the last traditional Malay fishing village along the Straits of Tebrau. Based on 2015 census, around 148 families still live in this village, of which 70% are fishermen.

- It covers an area of 122.30 acres, and rich in fauna and flora including its mangrove swamps.

- Bird watching is a very popular activity with the locals and tourists alike. A total of 186 species of migratory birds and 447 of local birds can be seen in the village during a specific season.

- During the war in 1942, the Japanese had used Kampung Sungai Melayu as the gateway to conquer Singapore.

- In recent years, the community in Kampung Sungai Melayu has also ventured into eco-tourism through the Social Enterprise Business Model.

Our itinerary as follows :


We gathered early morning at the jetty and restaurant area of Kampung Sungai Melayu. After taking in account the attendance and distributing the life jackets, we are assigned one boat per family. The boatman/fisherman whose boat we were sitting, he was a 5th generation fisherman from the village. He brought along a crab trap and placed it into one side of the river bank.

There was rainfall the minute we started on our boat ride, so we all took shelter in an empty stilt house until the rain went away. Thankfully it was a relatively short wait. Once the skies were clear again, we headed over to the mangrove swamp.


The 30-minute ride into the mangrove swamp was a very interesting one. Having studied about mangrove swamp when I was a kid, this is my first time ever entering into one. I was probably more excited than my kids! 😆 The boatman explained to us there are certain parts of the mangrove swamp they can only enter when it is high tide. If they tried to enter during low tide, their boats will get stuck. They also strictly do not enter this area at night, for safety reasons and superstition.

I got all excited upon the sighting of a huge monitor lizard resting atop a tree branch. When the boatman tried to maneuver near the bank so I could take a photo, it must have spotted us and scurried away. We also spotted tiny crabs resting on the mangrove roots. When my husband asked the boatman if anyone spotted a crocodile in this area, he replied yes! But sightings had been rare, thankfully!

After we were done with the mangrove swamp tour, we headed out to the open area of Sungai Melayu, towards the mussel farm. 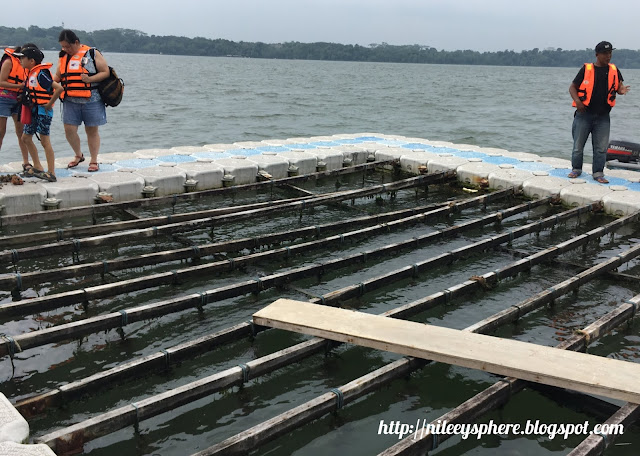 We were told the mussels are grown in socks made of used shrimp nets. The baby mussel seeds are collected and put into the sock around a long rope. The sock and rope are tied to long planks, dropped into the water and left to grow. Apparently the scent from the shrimp acts as a natural bait and lure for the mussels.


My girls didn't quite enjoy the boat ride, partly it was still drizzling a little throughout the entire ride, and the younger one didn't quite understand what is going on around her. My son, as curious as he usually is, was a bit fascinated with the mussels, but he was even more excited when he saw large ships passing by the river. After spending around 15 minutes on the mussel farm, it was time to head back to the jetty. On the way, our boatman went back to pick up the trap, but unfortunately the cage was empty, so no flower crabs for us to see.

We had lunch at the one and only restaurant located next to the jetty. Apparently they are famous for their asam pedas dishes, but there were just too many tables waiting to be served, we just settled for fried rice with egg. We will probably try out their dishes another day. While waiting for the rest to finish up their food, we had a look at some nearby stalls selling fried banana fritters, kuih-muih, as well as freshly shucked mussels. It looked like the vendors were making brisk business from today's crowd 😊 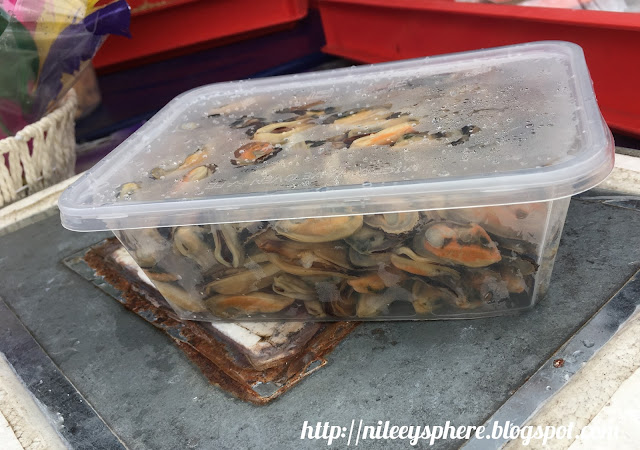 For the 2nd part of the activity, we drove into the village itself, where the art and craft, keropok kupang making demo and chili farm visit would take place. The children had the opportunity to design their own mussel shell key chain using glitter, buttons, stickers and other decorative items. 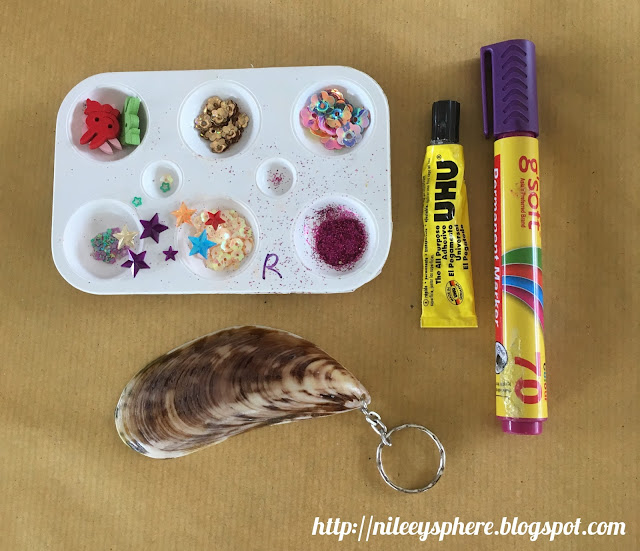 My eldest was happily designing her own key chain with her friend, while my younger two also did their own version with our guidance. There was an extra mussel shell given to us, so I also made my own version for keepsake purposes.

For those already completed their key chain, they can learn to play some of the traditional games such as congkak, gasing (spinning top), five stones, rubber band jumping rope and hopscotch. The mummies also could browse and purchase some fried banana fritters, keropok kupang, batik purses, handmade five stones and mini tops. 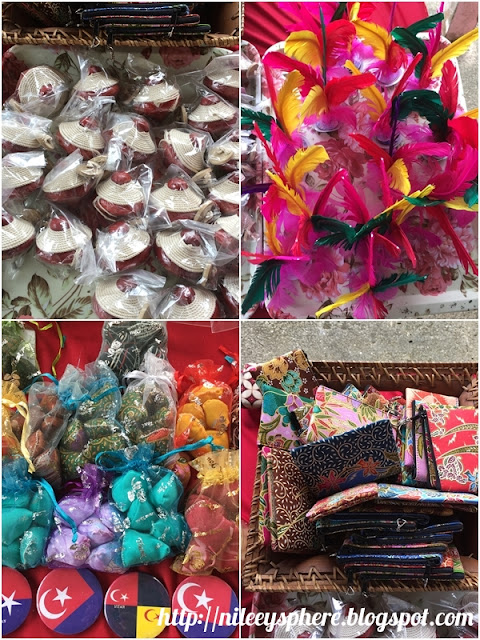 Next was the demonstration for making keropok kupang (loosely translated as mussel crackers? Like we say prawn crackers, I really don't have an exact term for it). 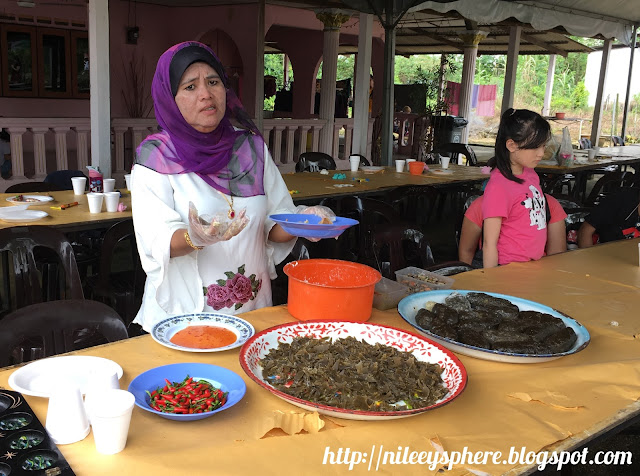 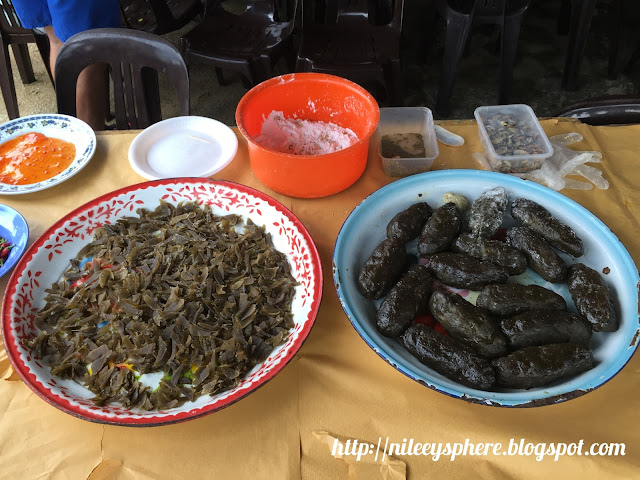 Last activity on the itinerary was the chili farm visit, which is co-incidentally right behind the house in which all the activities were conducted. The lady in charge said they were given some capital to start up a business venture, so they decided to go with the chili farm. The venture paid off and they now are able to harvest the chili and sell them, or use it the make the chili sauce that goes with the keropok kupang. The children were given the opportunity to pick a few chilis, more for the experience. I overheard the lady telling one mother they plan to charge by weight, but decided not to as most kids only harvest less then 10 chilies each 😝 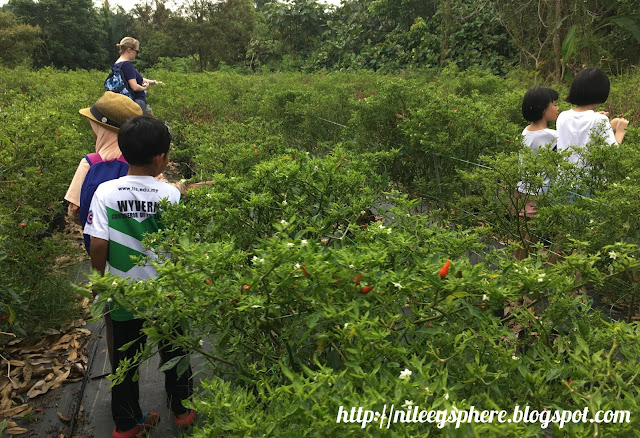 This excursion was a very enjoyable one for my family. The kids enjoyed playing with the traditional games, while mummy here enjoy munching on the keropok (thankfully I didn't develop any allergy, as I had a recent history of allergy to seafood, though not all the time). We had a good time bonding as a family as well. 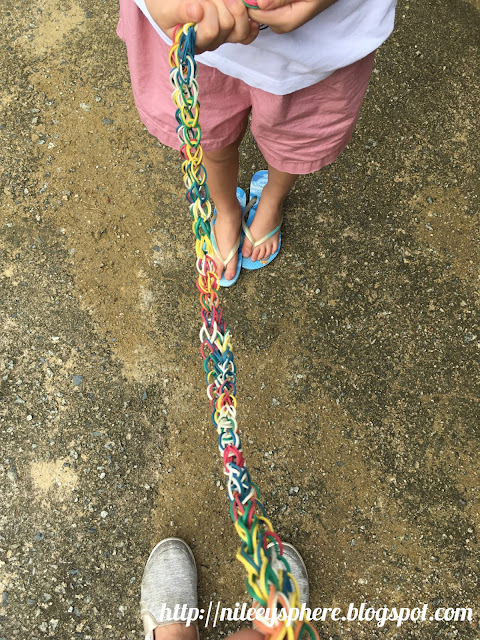 If anyone keen to join in the Kampung Sungai Melayu eco-tourism trips, can contact Shariffah (019-7045904). This number I got it from their office. 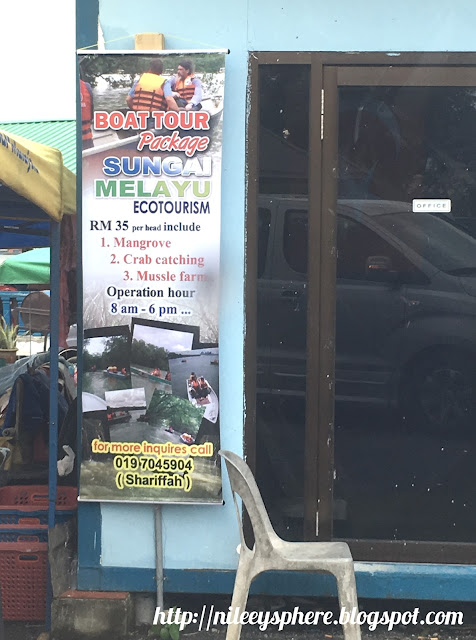