Posted by n i l e e y on August 27, 2006
Although Ototo-san dreams to write movie reviews one day, I, on the other hand, certainly do not wish to write movie reviews, unless they are really GREAT movies that touched me.
This is my own review on the 2006 hit K-Drama 'Goong' (also known as 'Palace' or 'Princess Hours'). Although all Korean dramas basically deal with an underlying love story and some rivalry, the key is how to keep the storyline interesting. I decided to review this drama over so many more K-dramas due to the interesting storyline and the concept of presenting this drama.
GOONG (궁) 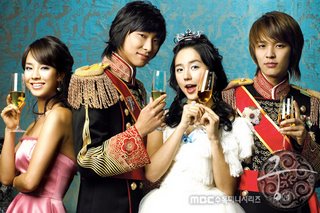 Synopsis
What if modern Korea was a constitutional monarchy with a king? And then imagine being a happy-go-lucky high school student and finding out one day that your commoner grandfather and the King had made a pact that you would marry the Crown Prince.

Based on Park So Hee’s popular korean manga (comic), the drama follows the story of ChaeGyung through her struggles with finding out she’s been arranged to marry Shin, the crown Prince of Korea - who coincidentally studied in the same school as she is - and how she adjusts to the demands of her position and her growing feelings of love and hate for the prince. 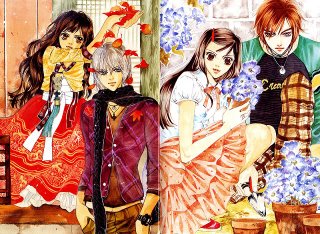 I won't go into details of the storyline, but more on why I find this drama very fascinating.

I won't say the storyline is original since it is an adaptation from a comic book, but I applaud the producers for taking up the challenge of translating the comic to a real-life drama, and trying to maintain the essense of the comic altogether. Unlike Full House (another comic book adaptation about two people being stuck in a house), this drama tries very hard to capture the key scenes of the comic as close as possible, while having to work through combining the best of traditional and modern elements. Oh, the plot is also interesting, and not just another boring love story :-) 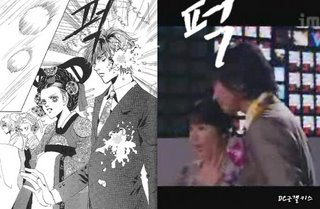 The crew faced challenges filming Goong as they were denied permission to enter palaces in Seoul to shoot on palace grounds. However, this turned out to be a blessing in disguise. It gave the set designer an opportunity to 'Think-out-of-the-box'. As a result, the backdrops for Goong incorporates traditional Korean decorative styles, which are evident in the windows and walls, and western styles, which are shown with table pieces, upholstery and floral arrangements. Even when certain scenes may get a bit draggy, I can always admire the beutifully designed backdrops. 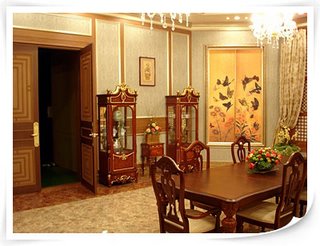 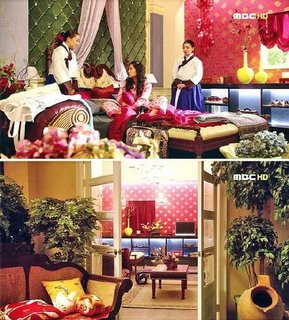 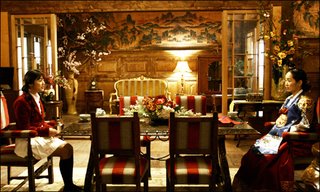 The usage of Teddy Bears to capture the key scenes of each episode is certainly interesting (not to mention money-making for the company too). I like how they pay so much attention to the details for each bear, right up to the clothes and accessories. The bears actually play a role in the drama. 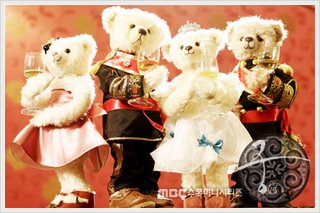 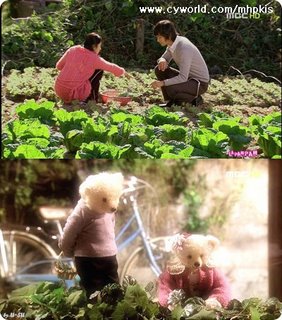 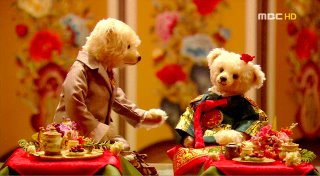 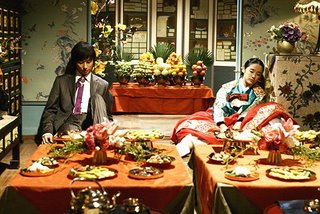 Actress Yoon Eun Hye must have been the luckiest person on the set. Not only she gets to wear the most beautiful hanboks I've ever seen, she also has the most costume changes, from casual wear right up to the formal dresses. 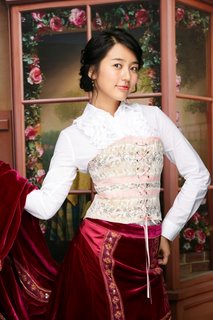 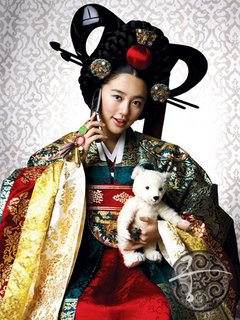 And I have to mention this, I can't help but notice she has very nice legs. The crew must have noticed that too, and lots of emphasis has been on her legs. 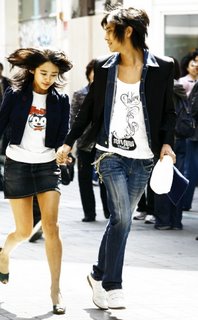 Well, there goes my first review. Obviously I have been only paying attention to the visuals :-p
But I would still recommend this drama for those who wanted something light hearted yet heartwarming.


Sources to find out more about Goong :