Posted by n i l e e y on September 19, 2006
Disclaimer : This post is to illustrate my recent trip to the Old Trafford stadium in Manchester. It does not represent my loyalty or my support for Manchester United in any way.

For any die-hard Manchester United fan, a visit to the Old Trafford stadium is a must. I would dare say it would be like a pilgrimage to those fans. Since my dad is a Man Utd fan, it is natural we would pay the stadium a visit while we were in Manchester. The Museum and Stadium tour cost us approx 8 pounds per person.

We started off with the museum, which house a comprehensive range of Man Utd memorabilla, from autograph jerseys to trophies to various token of appreciations left for the Man Utd football player George Best, who passed away in 2005. There was even a special section dedicated to the players who perished in an aircrash in 1958. 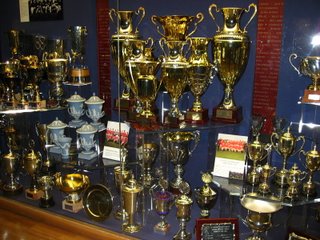 Next up - the Stadium Tour. 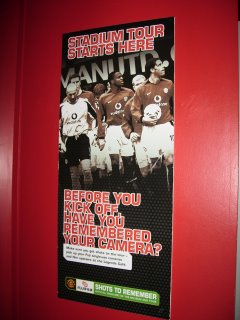 We started off by visiting the stadium grounds itself. The staff were still trying to remove the UEFA Champions League tags (in blue) as Man Utd played Celtics the night before. We were also shown the director boxes, the privileged seats for the VIPs, where the players sat during the game. 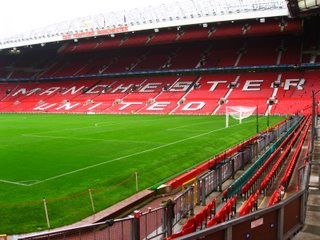 In between, we were also led to various rooms within the stadium itself, such as the press conference room, VIP waiting room, the entrance where the players make their appearance on the field, as well as the players room itself. This room is equipped with a childcare room to cater for the players' children. The Wives And Girlfriends of the players are also allowed in the room after a game. An interesting bit is the spa and massage room, which is available for the players should they need a massage and spa before or after a game. 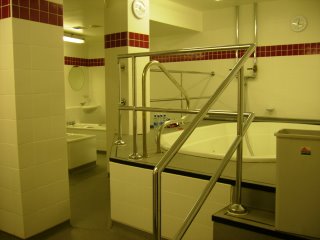 Before the final part of the tour, we passed by the memorial to the players who lost their lives in the 1958 plane crash. 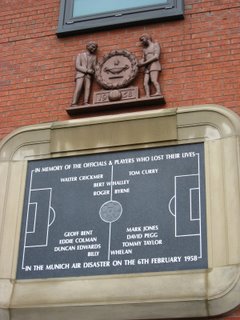 Last stop - The Manchester United megastore! The store stocks up everything from Rooney jerseys to towels to furniture. It's not too late even to get your baby to support Man Utd! 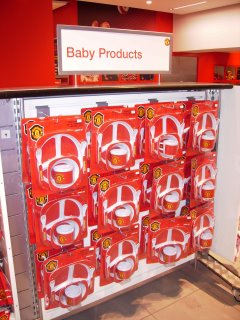