Posted by n i l e e y on September 18, 2006
*edit* - I thought I have posted this, but looks like it's not posted while i was in Glasgow. So here's the delayed edition. The other parts will come by either this weekend or during mid-October .

I am currently logged on in Glasgow. Time is 12.25 am local time (7.25 am KL time). After being deprived of internet access for 5 days, we've finally decided to pay 10 blardey pounds for 24 hour internet access, and that's like the best deal we can get so far. So - being typical Malaysian - I've decided to make the most out of the 24 hours and update this blog.

Manchester
The City of Manchester is where my ototo-san studied for the past one year. It's probably more well known for its football clubs, Man Utd and Man City more than anything else. It's suprisingly a nice city, kinda reminds me of Melbourne though.

Didn't do much except walk around the city, visited the campus areas, and of course - the Old Trafford tour (Oto-san being a Man Utd fan). Manchester isn't exactly a tourist spot. Probably the only difference that first night was the sight of many Celtic fans, who came to support their team playing against Man Utd for the UEFA Champion's League.

Below are some snapshots taken in the City of Manchester : 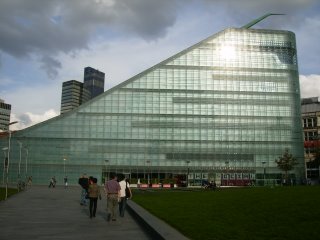 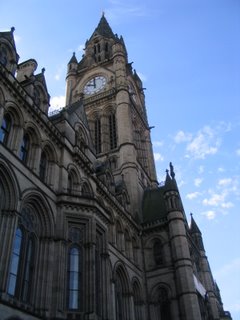 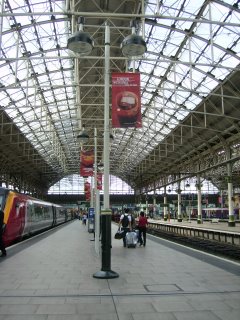 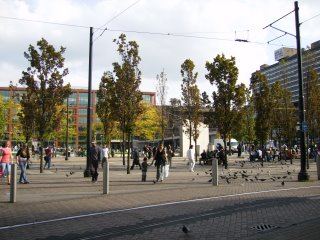 Stradford
We took a 3-hour train ride from Manchester to London, where we will follow a local coach tour the next day. The tour we are in comprises visitors mostly from America, Australia and Canada. The eldest person is a 93 year old man from Tennesee!! He was on tour with his 79 year old nephew. The tour guide is a Scottish, and all of us had problems understanding him, but we joke about it when he's not listening.

First stop is Stradford upon-Avon - Birthplace of William Shakespeare. I'm not a fan of Shakespeare so it's not particularly a nolstalgic place for me. The tourguide didn't leave us much time to take photos either. Below photo (by my dad) is the town made famous by Shakespeare. 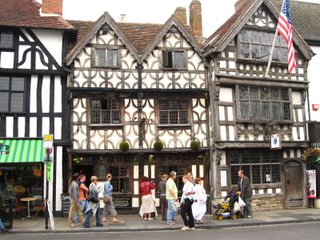 Food : My parents loved Subway so much, we had that for lunch (again). Coffee from Costa Coffee sucks big time, even though it's a pretty huge chain in Britain.


York
Supposingly rich in Roman and Viking history, York seemed like any other normal bustling ancient town, fueled by tourism. Most notable attractions are the historic cathedral York Minster, and The Shambles (below picture), a narrow stretch that retains its atmosphere as if 500 years ago. The narrowest point of the street is where two occupants from each side of the streeet can open their windows upstairs and shake hands! 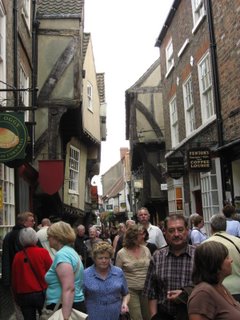 Lake District - Lake Windermere
Windermere is the largest natural lake in England, and is part of the Lake District National Park We arrived at a foggy Lake Windermere for a steam train and boat ride. The normally scenic landscapes seen on the postcards and other people's photographs had been marred by foggy weather. Otherwise it could have been an interesting cruise. 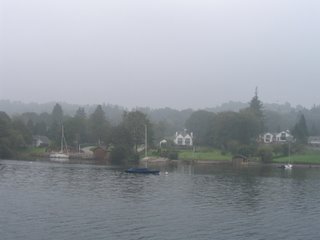 Food : No lunch here. Just some really expensive scones, just for the experience of eating scones on the steam train.

Glasgow
The first impression i get of Glasgow is that it is a very dull looking city, probably due to the dark coloured buildings, and that of it's industrial history. Then the tour guide started giving us a talk on the legendary wild haggis, which I initially thought was a food, and later my thoughts were proven to be correct. Seems like the Scottish likes to play this prank on tourists. More on the haggis can be read here.

We didn't have a chance to really visit the city and its famous Glasgow Cathedral, which is quite a dissapointment. Here is a photo taken during the short 20 minute walk-around time we had at George Square. 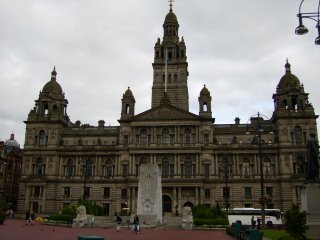 Food : Lots of steak pie and overcooked veggie (both lunch and dinner). I am already missing that Szechuan meal at Manchester.


Tomorrow (or rather later today) we will be departing for Edinburgh. Hopefully there will be more interesting sights and better weather too.