There goes the SNES

Posted by n i l e e y on February 17, 2007
Ototo-san came back from Manchester, did some spring cleaning, and discarded the Super Nintendo Entertainment System (SNES) without telling me!

Oto-san bought this for us while our family went to Hong Kong for vacation in 1995. It was cheaper to get it from HK rather than KL. We didn't get many games though as it was quite pricey, even for a fake cartridge (unlike the CDs we can get now).


Click here for a comprehensive write-up on the Super NES. 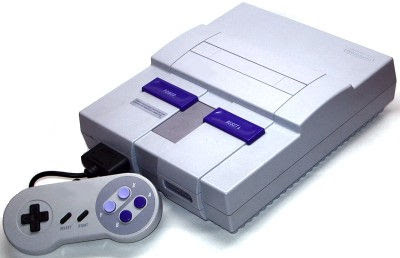 I remember the times spent playing those vs fighting games with Ototo-san (Dragon Ball, Mortal Kombat), or just de-stress playing Donkey Kong Country. We didn't even have Super Mario Bros, so we had to borrow from other people just to play the game.

That time we still didn't have internet connection, so Ototo-san had to buy those imported PC Game magazines to get cheat codes and tips. It wasn't cheap at all so he had to make sure it's for a game he really likes (such as Donkey Kong Country). It was also a great reason then (at least to Ototo-san) to invite friends over for a game or two.

While I didn't get to take a photo of the console itself, I managed to salvage my favourite game - Donkey Kong Country! 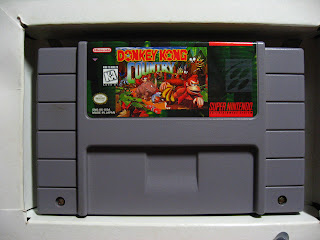 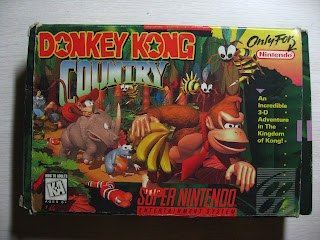 DKC is clearly one of my all-time favourite games. It had great 3-D graphics (at least during its time), interesting game play and addictive soundtrack. I even had it as my ring tone one point in time. Ototo-san subsequently got Donkey Kong Land for his Game Boy which is just as fun. I dunno what happened to the Game Boy. I think it kaput long time ago, even before I came up with my blog.

I did try to connect the SNES console back to the TV in Dec 06 for my younger cousins, but it doesn't look to be compatible with our TV now, so I guess it's high time to discard it......

Anyway, this post will be here for memory's sake. Plus I still have that DKC cartridge to look at, in case I ever feel nostalgic.
Memory Lane Tech Toys

Finding Hippo said…
Which reminds me, I need to go dig out that old SNES of mine. ~Woohoo~ Zelda and Final Fantasy III.

Ironic that the cartoony pixels conjure up a more immersive gaming experience with more friends than the latest games (ok, except for the Star/War-craft games, and CounterStrike ;-)
11:20 AM, February 18, 2007