Posted by n i l e e y on May 13, 2007
The sweet melodic piano piece titled 'Spring Waltz' is being played on my laptop as I add my two cents worth on this drama.

Yeah...I am one year late watching Spring Waltz, but it just left me such an impression that I had to pen this down here.

I've watch three out of the four seasonal dramas by director Yoon Suk Ho, and I personally felt this was the best among the three (I believe even if I had watched Summer Scent as well, Spring Waltz will still be my favourite.) 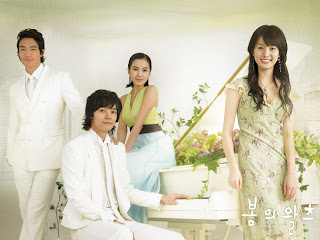 *SPOILERS AHEAD*
SPOILERS AHEAD
Summary
Lee Su Ho and Suh Eun Young were friends during their childhood, even though Su Ho's dad ran away with Eun Young's family savings. Although Su Ho wanted to leave, but changed his mind after being touched by Eun Young's pure heart. Eun Young was also constantly sick and ended up being hospitalised but no money to have her surgery done. One day, due to certain circumstances, Su Ho was approached by a couple whose son has passed away, where Su Ho bore an uncanny resemblance to their deceased son. Su Ho reluctantly agreed to be adopted on one condition - that they will pay for Eun Young's treatment. Su Ho then migrated to Canada, only to find out that Eun Young has passed away during surgery. 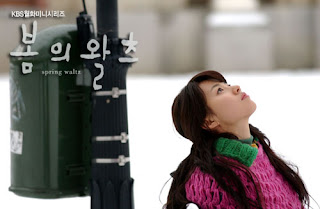 Fifteen years later, Su Ho and Eun Young met again in Austria and subsequently in Korea, however in different circumstances. Su Ho is now known as Yoon Jae Ha, an accomplished pianist in Austria returning to Korea to promote his new album. Eun Young is now known as Park Eun Young, and works at her adoptive mother's kimbap shop, as well as designs and sells accessories. While both do not know each other's real identity, they were somehow attracted to each other as time goes by. 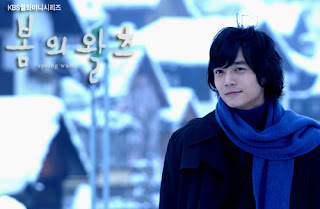 To complicate things further, there is Song In-Na, Jae Ha's supposedly first love before the family migrated, and Phillip, Jae Ha's manager who also fell in love with Eun Young. 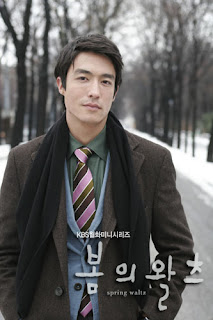 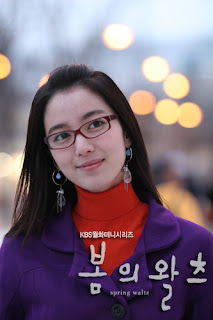 Oh, there's also the extremely freaky Jae Ha's mum, and Su-Ho's extremely useless dad. If you watch the drama, you will know what I mean by 'freaky' and 'useless'. 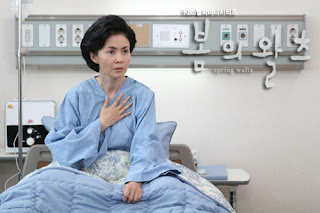 Will they ever find out the truth about each other's identity? Will true love and fate conquer all?

Why I love this drama

1. The storyline is definitely on a slightly happier note (spring time perhaps?) , even though there's death and sickness involved, but those were based on the past. I also don't think it is as draggy as Winter Sonata (partly there wasn't so much whining throughout the episodes).

2. I love the chemistry between the characters, and contrary to some critics, I thought the actors played out their characters very well. I could feel the pain and hurt Jae Ha and Eun Young encountered when their past caught up with them, even though they didn't want it to happen that way. I also actually sympathise with In-Na, for the man she knew and loved isn't the one who grew up with her. Phillip was OK, but I felt really bad for him because ultimately he knows Eun Young's heart is for Jae Ha and not him. 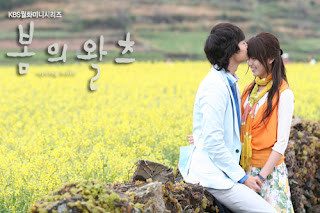 At first I thought the actor playing Jae Ha (Seo Do Young) was a bit wooden, but as I watch further, I come to realise that is how the character Jae Ha is - ice cold because he had to abandon who he was to act as someone's son. It was only much later he showed his true feelings.
I can imagine how much pressure Han Hyo Joo has to face playing Eun Young. The minute it was announced that Sung Yuri will not play Eun Young as expected, lots of fans threatened not to watch this drama. Perhaps that was one of the reason of its poor ratings. I think it's just the Koreans' loss for not watching it.

I also wonder how Han Hyo Joo can concentrate on her lines when she is acting opposite Daniel Henney. His smile is just so charming!

Special credits has to be given to the two child actors playing Su-Ho and Eun Young as they were really good, which adds to why I say the chemistry between the two characters were very good, even when they were young :) 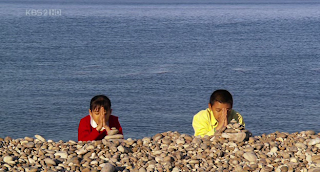 3. Director Yoon Suk Ho's seasonal dramas were filmed in gorgeous locations, and Spring Waltz is no exception. Perhaps the only exception was that the first few episodes were filmed overseas as compared to the other three.
I was awestruck with the location in Austria chosen for filming. It is a place called Hallstat and from the drama poster, it simply looks fabulous during winter. It looks very nice during summer as well. This is one place I definitely want to visit when I get the chance to travel to Austria again. 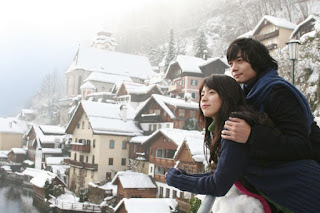 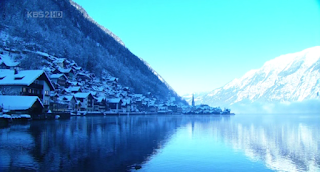 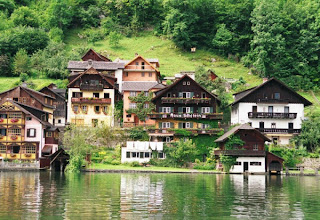 Back in Korea, the filming took place in a beautiful island called Chungsan-do. I love the field where the children would play hide and seek, and where Jae Ha filmed his piano performance. 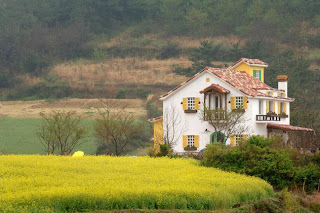 If I have a chance to travel to Korea, I hope I am able to visit this place, especially when it is spring time.
4. The Spring Waltz OST. For me, a great drama is if the OST is equally good and memorable as the drama itself. Spring Waltz OST is one of the best OST I have ever heard of from a Korean Drama.

The main theme of this drama is based on the folk ballad 'Clementine'. There is also a track titled Su Ho's Angel, which is a remake of an English song by David Gates. According to a friend, S.Jin's version is hundred times better than David Gates.
There's actually two OST albums for Spring Waltz - The original OST, and the Classic OST. The Classic OST is a 2-CD album on mostly instrumental pieces played by famed Korean pianist Yiruma. There is one compilation album being sold in the Malaysian market which comprises both albums. It comes with 3 CDs, a very nice colour booklet, and beautiful album cover as well - All for only RM29.90. 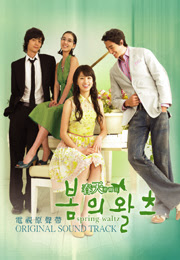 Click HERE for more information on the OST album

5. Unlike 'Autumn' and 'Winter' (not sure about 'Summer') , Spring Waltz actually has a happy ending :)

One thing I noticed in Spring Waltz was the extensive use of the colour green throughout the drama. It was evident in their clothing and sometimes the furniture. Even the record company is called Green Music. I never knew that green looks really good if paired with fuchsia or red. 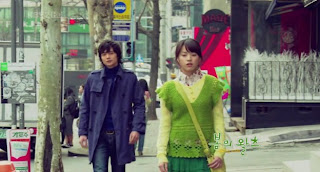 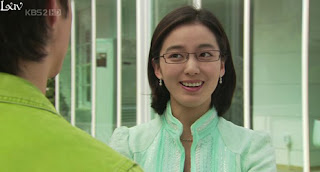 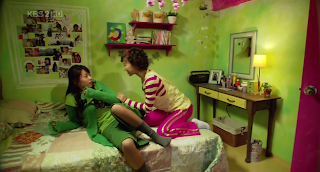 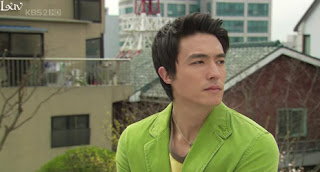 Some people didn't like this drama, but I certainly did, especially the ending. Perhaps I am one of those people who love a good soppy love drama with great chemistry between the characters. I initially watched this because of Daniel Henney, but towards the end, I just love watching Jae Ha and Eun Young.

More information can be found here.

I'll end this review with my first homemade MV of Spring Waltz using the theme song Clementine. I did this because I can't find any MV based on this song. Hope you will like it. Any feedback is most welcomed!

Anonymous said…
I love your homepage on Spring Waltz. I've watched in twice and I realized that I liked it more the second time around. I love the actors. Somehow I didnt like Daniel much in the drama, I guess because he was a barrier to Eun Young and Jae Ha. Lol.