Posted by n i l e e y on May 20, 2007
Limited Edition.
Ah, this marketing phrase is so widely used on so many products now - mobile phones, watches, bags, cars, chocolates, snacks, soft drinks, clothes, fragrance, toys etc etc. You name it, they've got it. 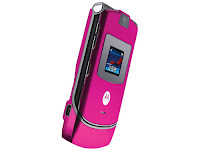 Limited edition items are supposedly available for a short period of time only, and differentiate itself from the usual product either by some unique packaging, or different flavour, or a tie-in with someone famous/established brand/blockbuster movie. Obviously, the price would have to be higher as well because it's "Limited Edition".

If you think the companies have nothing better to do than to focus on limited edition products, think again. I know of people who will rush to try the latest funky-flavoured soft drink in the market, just because it is limited edition. One of my friends even paid RM150 extra for a brown limited edition Sony Ericsson K800i mobile phone, because he didn't like the black version. I believe this also helps the marketing folks with their survey on consumer preference.
While some limited edition products kinda make sense, for they tend to cater for a certain niche market (e.g. Prada-LG phones for the fashionista wannabe), some - IMHO - are just plain ridiculous. Apparently, Lenovo will release a limited edition F20 Coca Cola notebook in celebration of China’s 2008 Olympic Games (see specs and review here). Now who would wanna own a red laptop emblazoned with three logos : the Olympics, Lenovo and Coca Cola, without the technology to match? 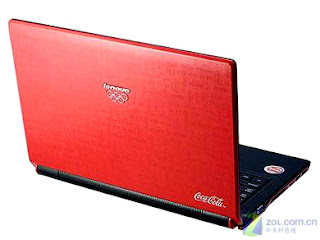 Of course I think having limited edition stuff has its plus points, as it gives consumers more choices (if they don't mind forking out extra $ for it). Which comes to the next point why I am writing this.
Back in Jan 2007, I bought a bottle of perfume from The Body Shop called "White Musk Too". According to the salesgirl, this is a limited edition product. It was also more expensive at RM75, compared to the other perfumes. I bought it because I was looking for a new scent and liked this very much. I thought of waiting for the sale, but decided not to for fear it would be no longer around because it was "limited edition". (This was based on real-life past experience) Just last Friday, I went to The Body Shop in 1 Utama because there was a sale going on till early June. Guess what I saw on the shelf marked 50% discount? The White Musk Too fragrance which I bought early this year!!! If I would have known, I could have saved RM37!!!

So much for limited edition. Hmmph.
Beauty Bazaar The Body Shop