Posted by n i l e e y on May 01, 2007
We were very lucky to get tickets to watch the premiere of Spiderman 3 on May 1 in Malaysia (actually we already got tickets one week before the premiere). We were even luckier to be able to still watch the the beginning of the movie, even though we were HALF AN HOUR late. 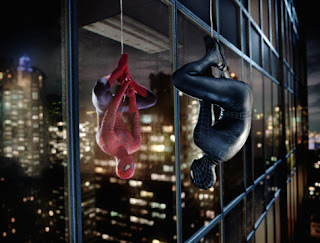 I love both previous installment of Spiderman movies because the movie focuses on both the action and the emotions of the characters. This time, the movie didn't disappoint me as well. In fact, it was AWESOME!

It was very interesting to see how Peter Parker was 'tempted to the dark side', no thanks to the alien element Venom that crept inside him. We see a darker and more arrogant Peter who could actually dance and act cocky at the same time. Spiderman even got himself a new black suit, which not only makes him more powerful, but it emphasise on his aggressive behaviour. Tobey Maguire is just excellent in his portrayal as the dark Peter.

The movie also explore the conflicts and events from the past, such as the relationship between Harry Osborne and Mary Jane Watson. I also noticed that that James Franco has a very very nice smile (so sweet!) when he is not mad or snarling at Peter/Spiderman. Kristen Dunst is perfect, as always, being the Mary Jane who still loved Peter despite him hurting her heart over and over again.

In terms of action, I'm very impressed with the Sandman. The CGI was great, and Thomas Hayden Church gave a brilliant performance that I actually sympathised with his character. The action is as dizzying as usual, but with breathers in between so we could observe the emotions of the main characters time and again. 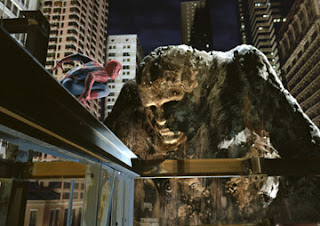 I don't think there will ever be an action movie like the Spiderman series, in terms of the balance between action and drama. There's no word whether if there will be Spiderman 4 or not, but if there ever will be one, there's no better director than Sam Raimi, and no better person to play the characters then Tobey Maguire and Kristen Dunst. Let's all hope for the best!
Entertainment Zone