Posted by n i l e e y on September 12, 2007
As if the bad news won't stop - Pavarotti, two of my colleagues' parents - I was saddened by news today that The Body Shop founder Anita Roddick has passed away.

Anita Roddick must have been some sort of visionary during her times. She opened the first The Body Shop in 1976 selling environmentally-friendly beauty products - something very unheard of during that era. The shop was also an early pioneer of recycling. Customers were able to bring empty containers back for refills at slightly cheaper prices. Today, there are more than 2,000 stores worldwide.
During my teenage days, I was an ardent fan of The Body Shop products. As I get to know more of the company, I also come to realise The Body Shop is more than just a beauty and cosmetic products shop, it is a company with passion. They are involved in many campaigns, from saving the whales to fighting against domestic violence. This shows how much passion and dedication Anita has for these causes, and she is making a difference through the company.

Another reason that made The Body Shop stood out among the rest is its initiatives to help the needy through the program called Community Trade. These programs are meant to help the poor people to utilise their resource as a means of meeting their basic needs. There are the aloe vera from Guatemala, cocoa butter from Ghana, and tea tree oil from Australia, among others.

Perhaps the only time I was unforgiving of Anita Roddick and The Body Shop was when they were acquired by Loreal last year. I objected because it was contradictory policies (Loreal performs animal testing) but Anita was confident that their policies, values and influence will win over Loreal one day. It is sad that now she won't be around to witness the change. That would have been the greatest victory for her. 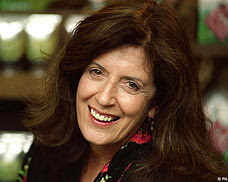