When DC was born, I don't remember the concept of baby spa exist in Malaysia.

Fast forward to 2014 - After I delivered JC, I was enlightened about baby spa and their benefits after being informed by Ototosan about Hippopo Baby Spa & Wellness outlet in Centrepoint Bandar Utama. The swim will help babies to strengthen their heart and lungs, and improve muscle tone. It is also said to promote better sleep. For baby massage, it is meant to help reduce crying and fussiness, peaceful sleep, and alleviate constipation and colic symptoms. We thought it would be good to let JC try out the spa, hopefully to provide him some form of physiotherapy as his neck support was very weak then.

After making an appointment with the Centrepoint branch, we brought JC over for his swim. We were briefed on the procedures and packages available. I decided to put him for single 30-minute session Baby Swim first. I did not opt for the baby massage session as I worry he would be cranky by then. 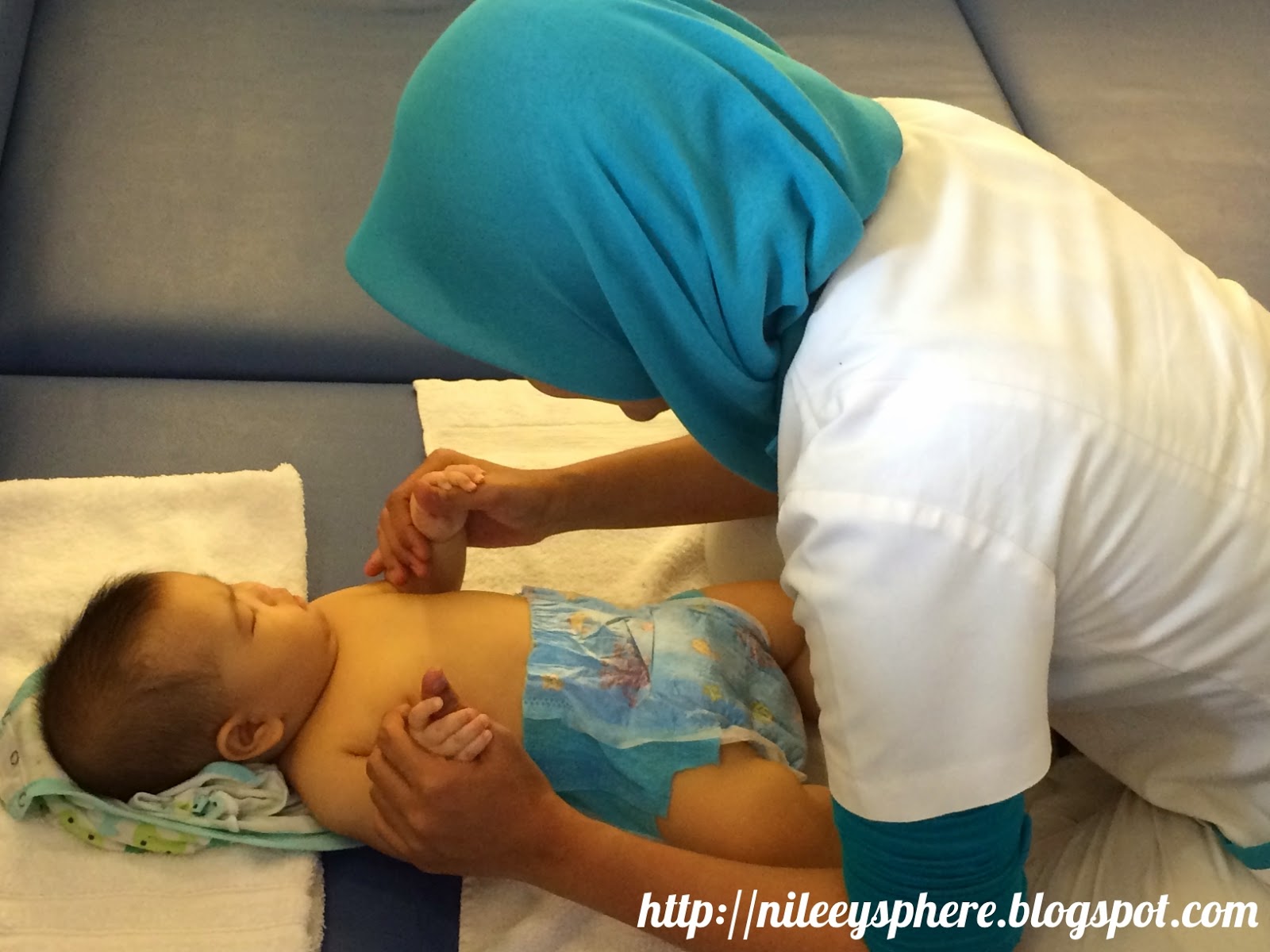 Firstly, the caretakers took him to a mat area where they changed him into a disposable swim diaper. The swim diaper is provided by Hippopo and is part of their pricing. Next they perform some warm-up and stretching exercise on him. Once he became relaxed and comfortable, they brought him over to the pool, let his feet touch the water so he can anticipate he will be going down the pool. 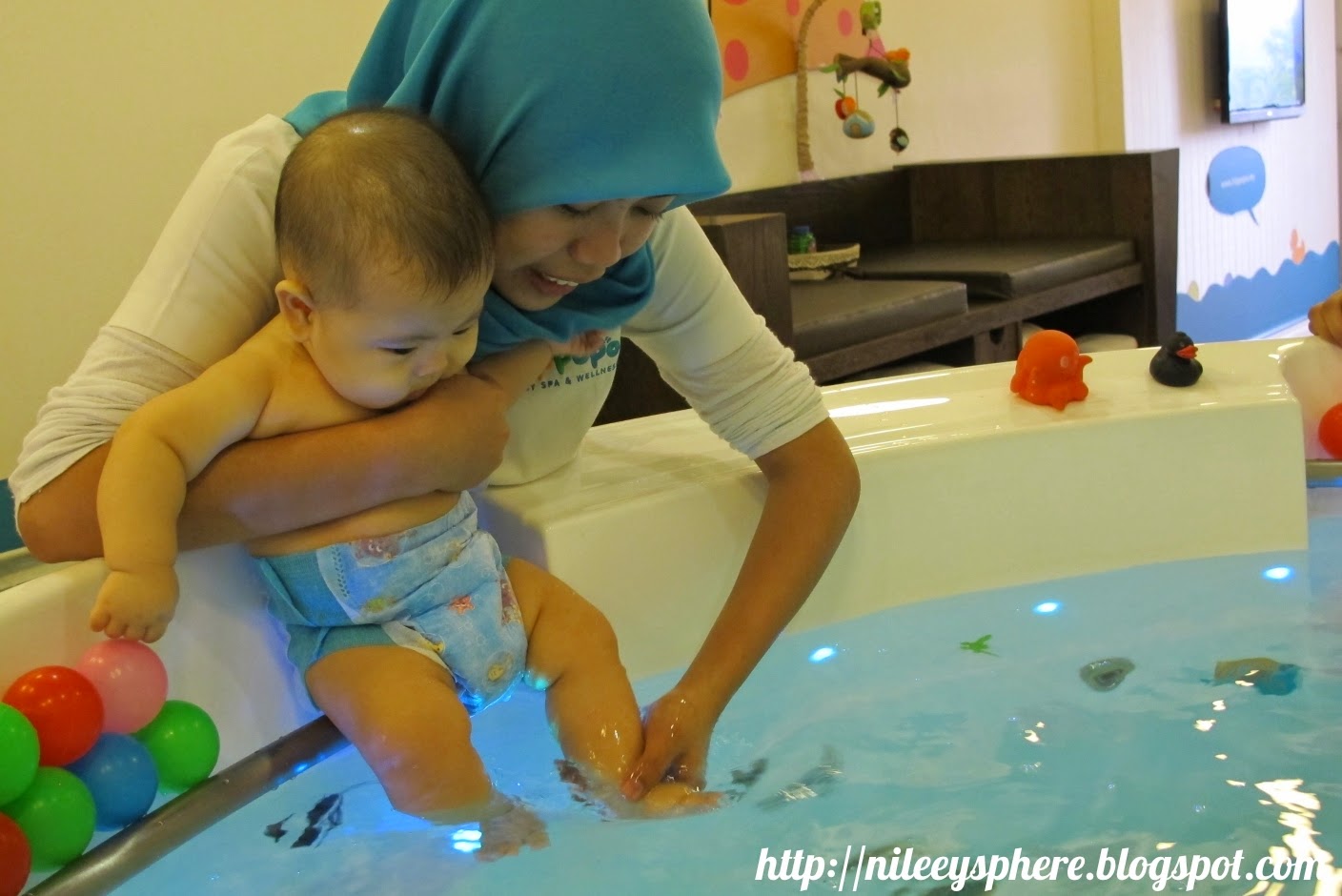 Before they place JC into the pool, they put on a neck float around his neck. There are different sizes to cater for different age groups. He got one which has a musical function in it as well. Once that is done, off into the water he goes! 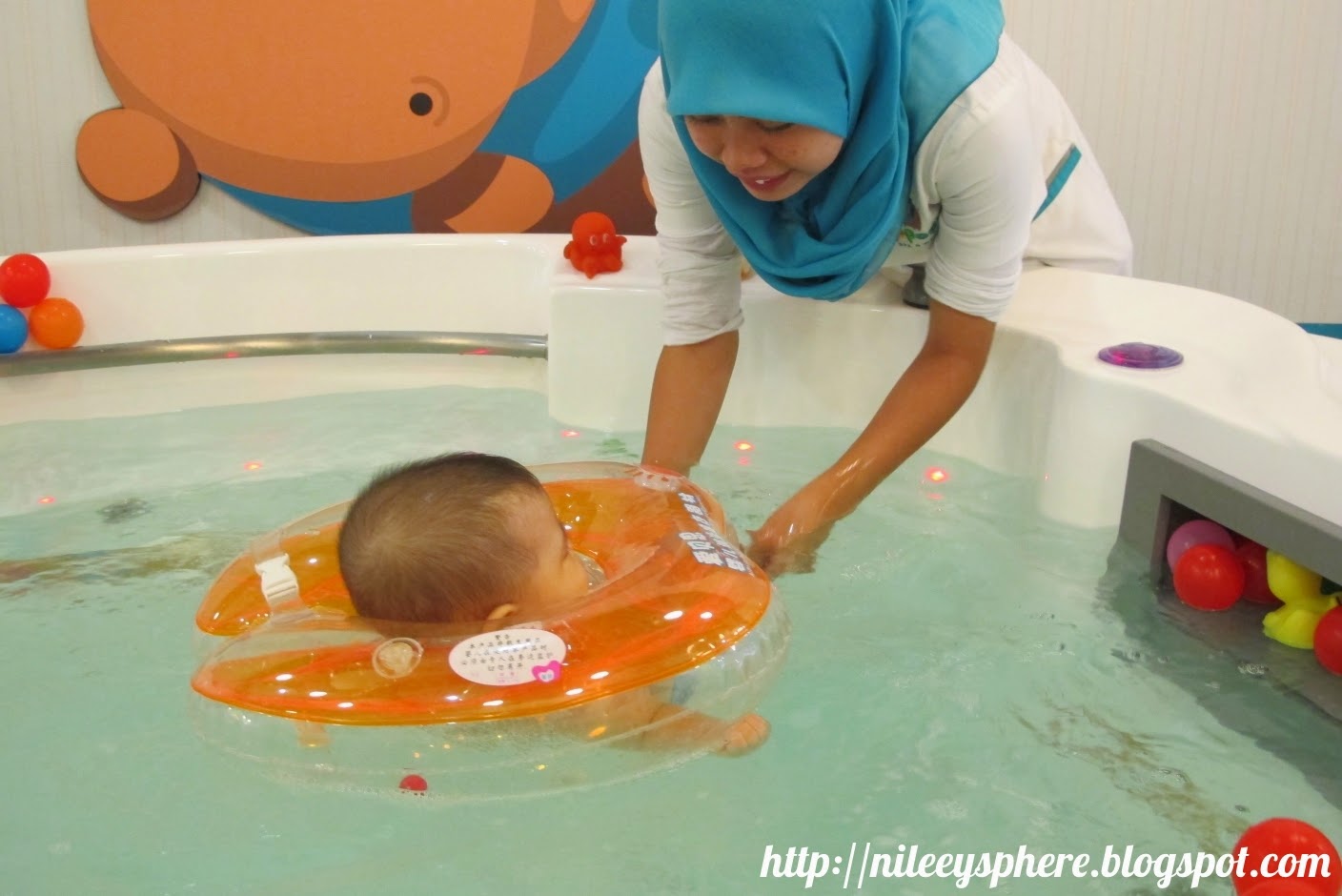 JC first started out in a calm jacuzzi pool, once he gets familiarised, they will then turn on the jacuzzi settings, so the pool will have some jet spray which will help massage and relax baby while in the pool.

How was JC's response? Well for the first 5 minutes he was clearly trying to figure out what is this thing mummy brought him to try! You can see it from his expression! He was also busy scratching the float and he liked that squeaky sound made by the float, so funny! 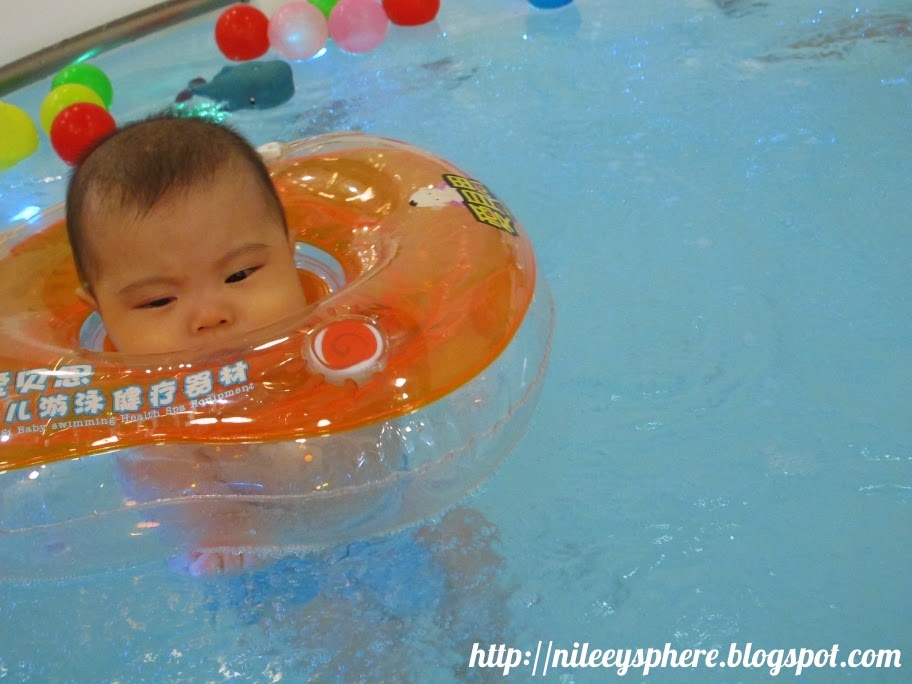 Then after 10 minutes into the session, he decided that it is all so relaxing he literally took a nap for the rest of the 30 minute session. Even after the caretakers stopped the jacuzzi function and water is still, his eyes were closed, and his body was in a very relaxed, floating position. Even the caretakers were astonished, they have never seen such a relaxed and sleepy baby after the session!

As much as he was so relaxed, they still have to bring him out, dry and then dressed him again. Thankfully there is a nursing room in the outlet, I could nurse him after the session so he wouldn't be hungry or thirsty after swimming (or perhaps I should say, floating) 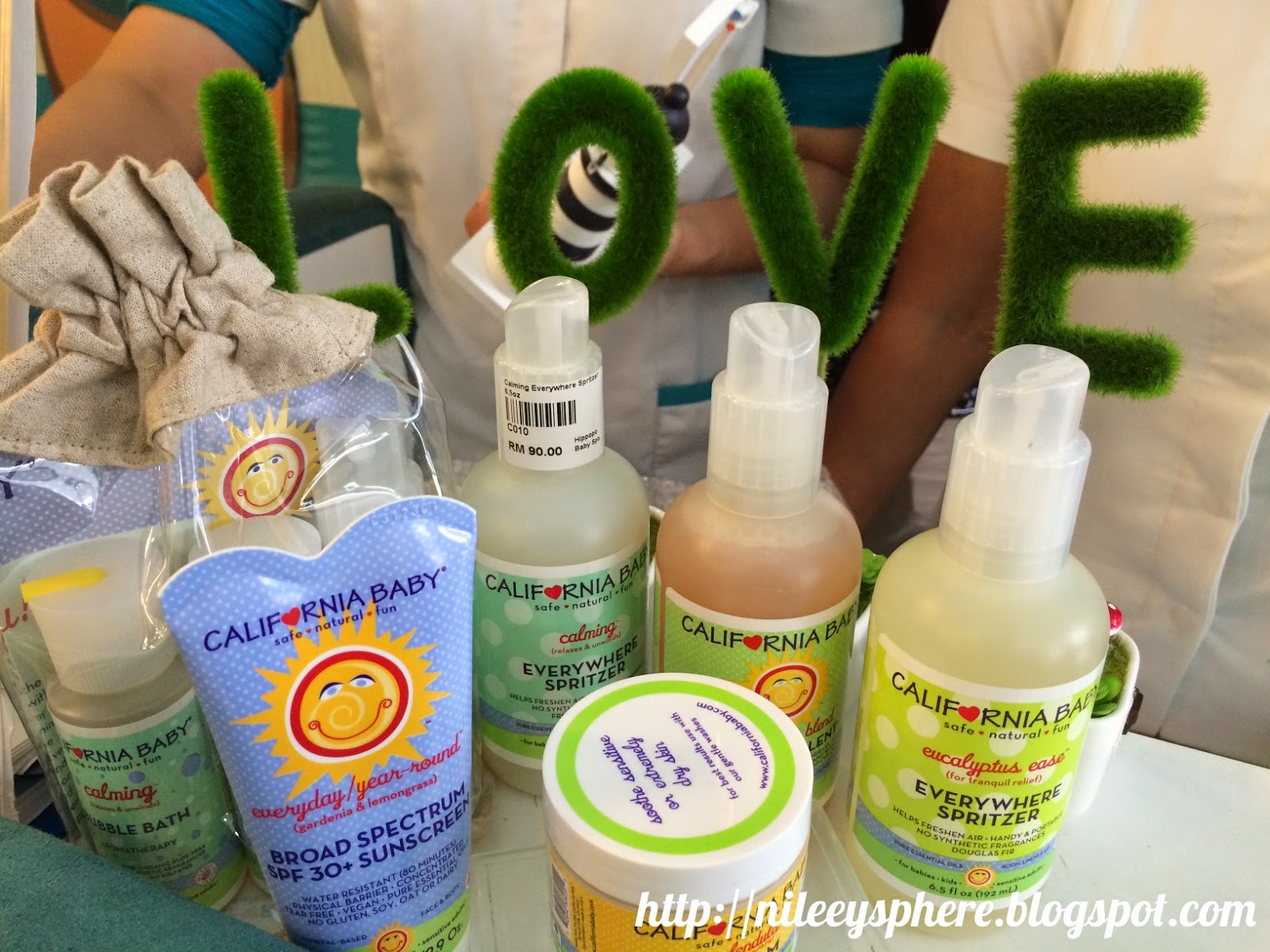 While I did not opt for the massage session, I noted that they are using California Baby products which is known as a premium baby care range.

I like the fact that the caretakers and gentle and kind to JC, and the fact that the pools are filled with chlorine free water. They also constantly monitor him the entire time when he is in the pool. We went on a weekday so less people, but I was told their weekend sessions are always fully booked.

So what is the outcome? We ended up signing a 10 session Swim package for JC, hopefully he will benefit from the swim sessions in Hippopo Baby Spa :)