I have a stack of ang pow packets 红包封which I set aside since last year to make some DIY Chinese New Year ornaments. Since now I am under 'house arrest' aka confinement, what better time to start my DIY project?

Initially I wanted to do an ang pow lantern, but when I searched on Google, I found the ang pow fan ornament more attractive instead. I follow the instructions by user ireneblchua on Youtube. Below is her video, credit goes to her for the method, I am just doing up a picture tutorial as explanation alone may not be good enough. 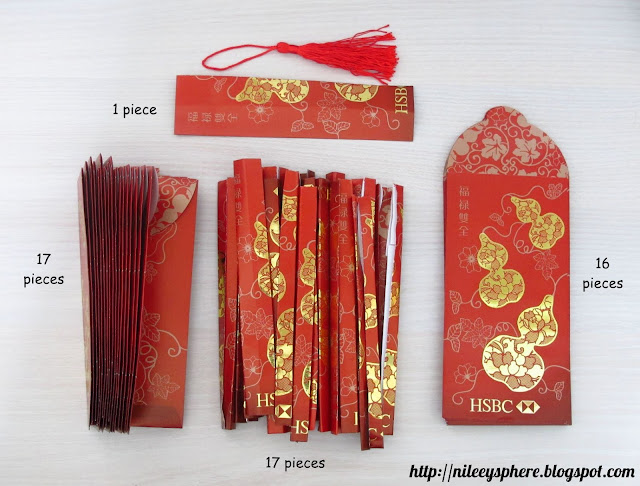 1. Take two ang pow packets. Placed them together, front side facing each other. Staple both ends (top and bottom) on one side. 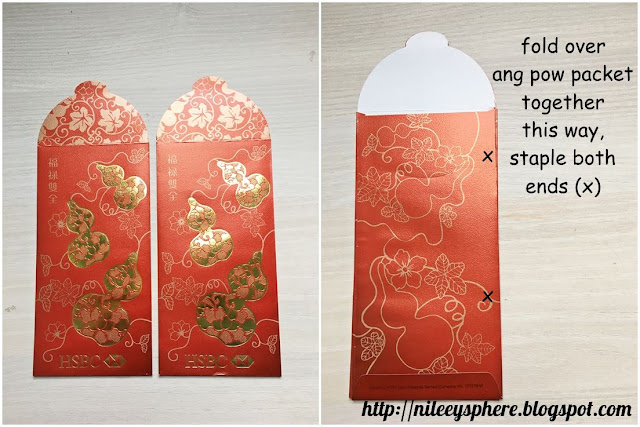 2. Open up the folded and stapled section. Insert another new piece of ang pow on to one of the stapled pieces, staple both ends similar to Step 1. 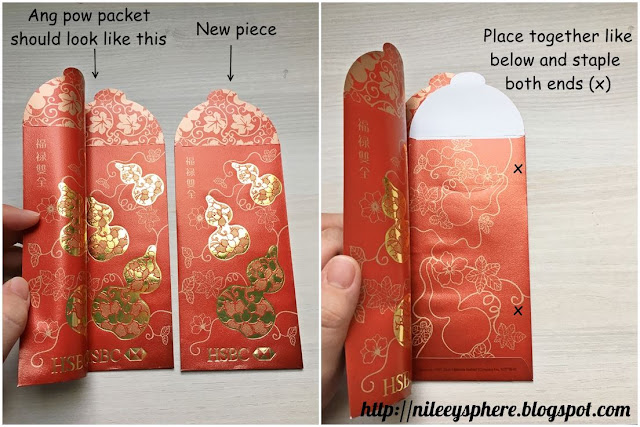 3. Do for all 16 pieces. End result should look like this. 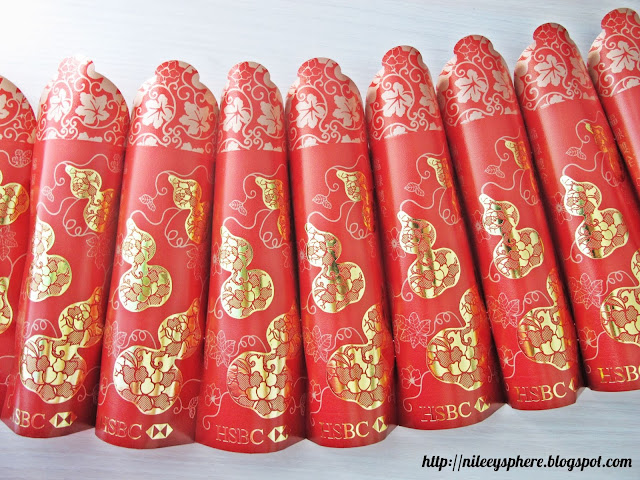 1. Cut ang pow packet into half on the long side. Fold each cut piece into half, and then each folded side another half to get 4 folded sides per piece. Refer to below photo.

You need 9 ang pows to get 18 pieces, of which 17 pieces will be further folded into quarters. Keep the one remaining piece for the assembly portion. 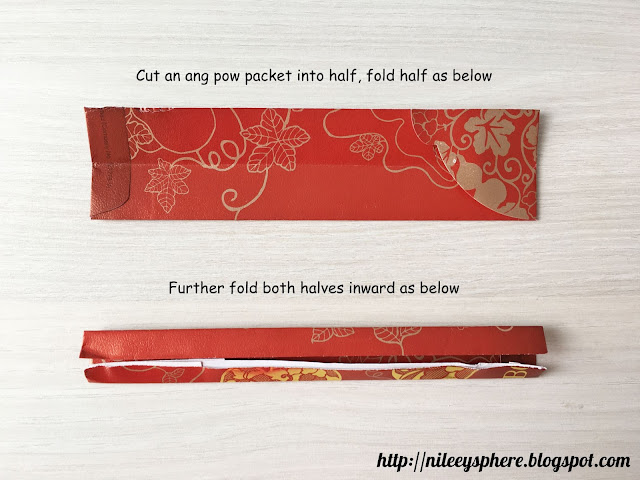 2. On each side of the ang pow, measure 7cm from end to middle and make a mark using pen. The gap between each measured side should ideally be between 2-3cm. Any shorter the fan will not look so nice when assembled. I find sometimes adjusting the length to 6.5cm each side may help to acheive the 2cm gap for the shorter ang pow packets. 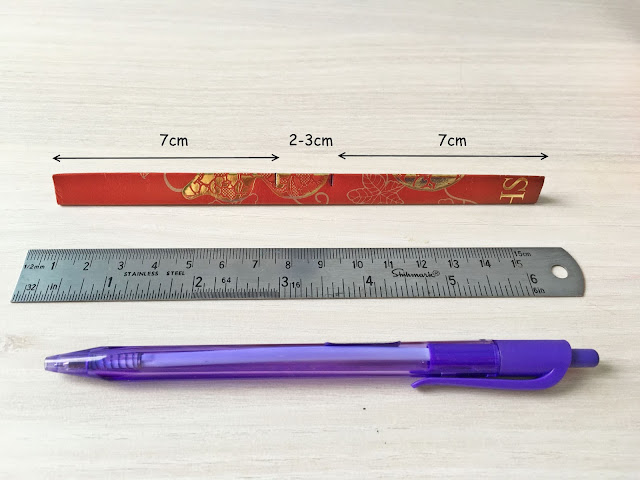 3. Take one piece of the folded strip, slot the middle section and align it against the stapled part of the fan (the back side). Use the 7cm marker as reference. Staple the folded sticks on to each connecting part of the fan (Refer below photo). Here I use the large stapler as it is thicker and my regular stapler could not hold it down properly. For both corners of the fan, staple both parts of the stick inward (instead of slotting it in between) so it is not visible from the outside view of the fan. 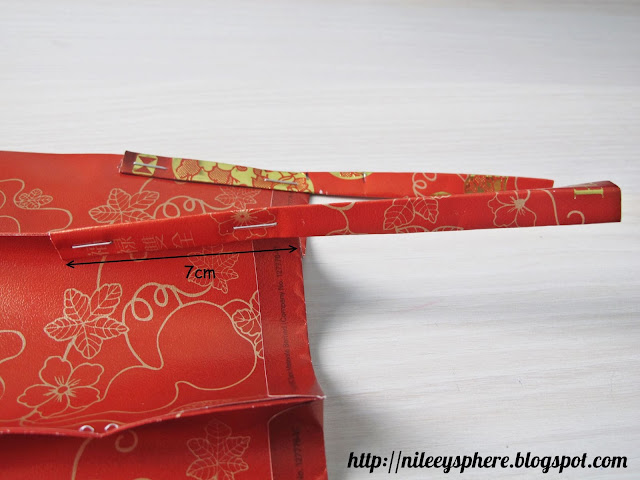 4. Do the same for the rest. End result should look like this : 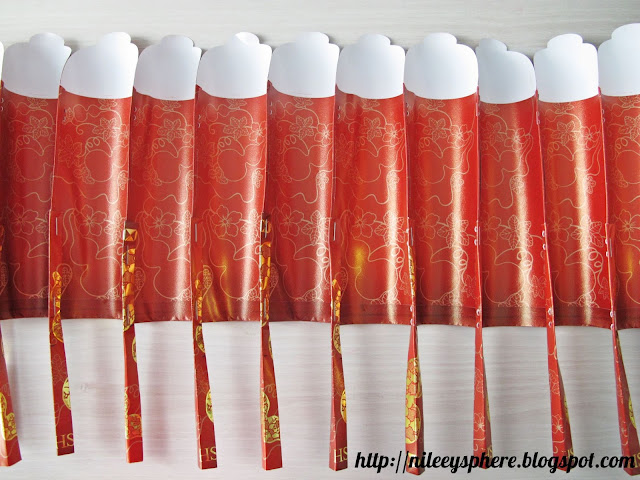 5. Take an ang pow packet which is folded into half. Slot both the open ends onto the stick, ensure measurement is 7cm from edge of the stick. Staple both the ang pow (open end side) and stick together. 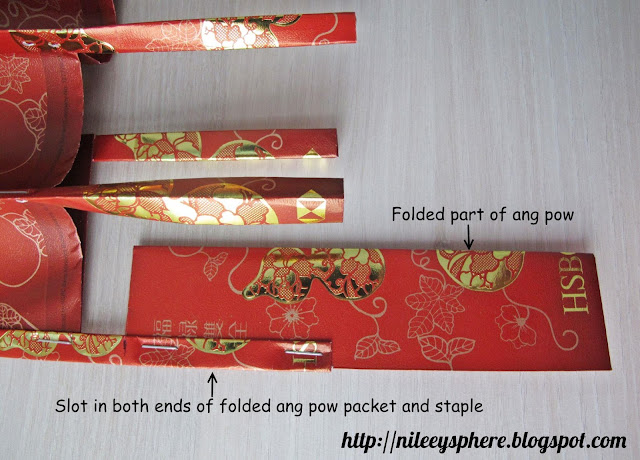 6. Do for all 17 sticks. End result should look like below. 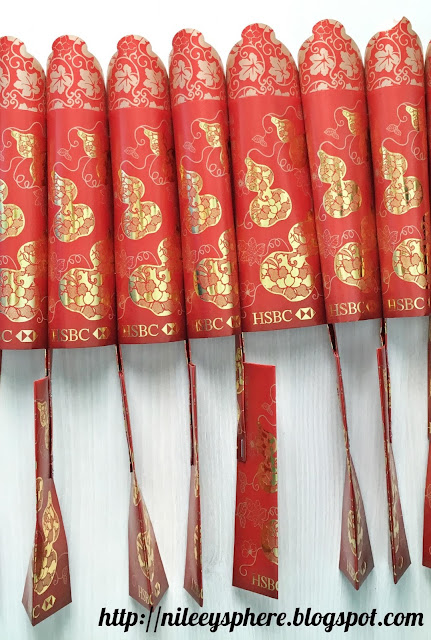 
1. Carefully gather the bottom part of the base (comprising the folded ang pows) and hold them tightly in a bunch. Secure with a rubber band. 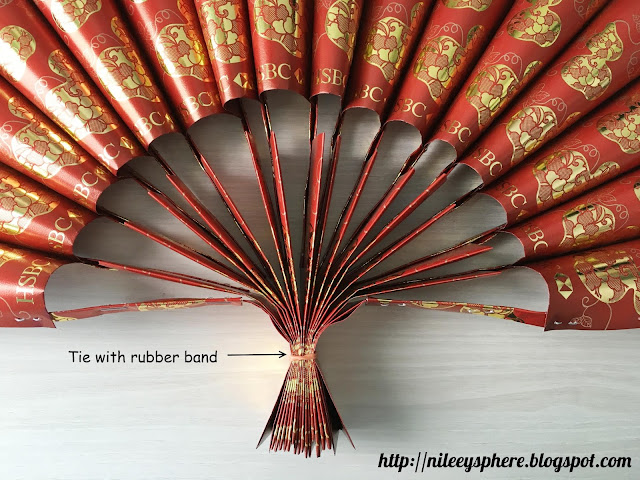 2. Wrap the base with the remaining half piece of ang pow. Secure with cellotape. You may add a decorative tussle here if you wish. Loop the tassle onto the strip of ang pow before wrapping the base. 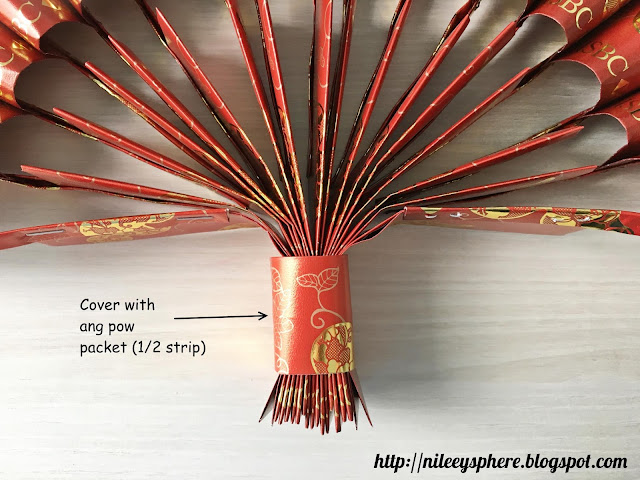 Here is the final result of the ang pow fan. You may tie a ribbon onto one of the fan pieces and hang it on the wall. 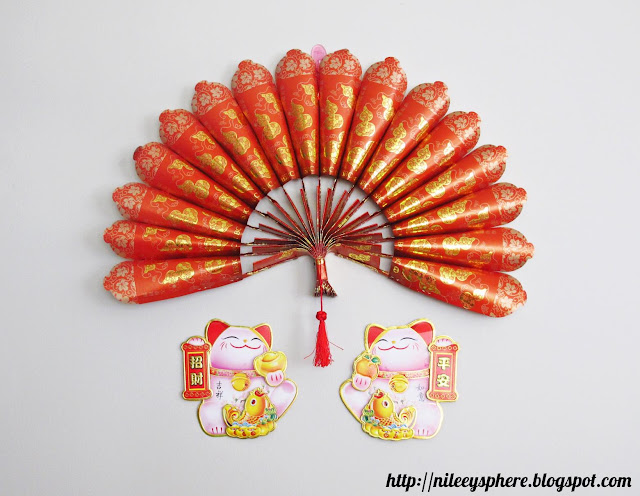 I also did a light gold version to put on the door. 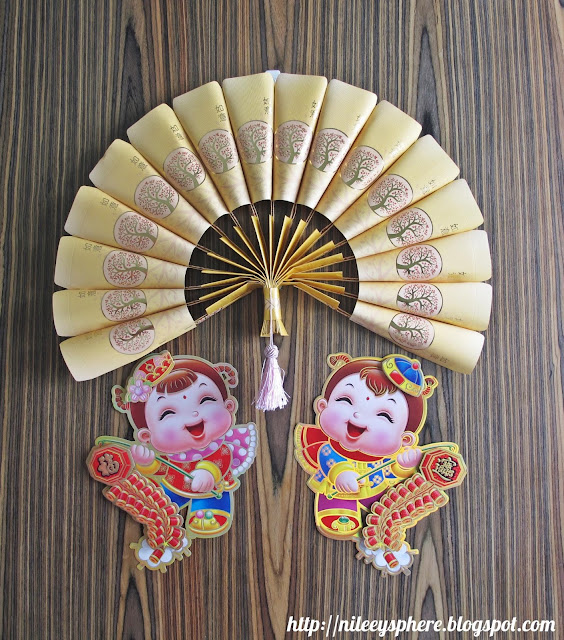 Overall, I am happy with the outcome. For someone who is really bad with origami, it is not difficult to do, though a little bit tedious. I even made one for the confinement lady as a gift!

Why not consider this project if you have one too many ang pow packets at home, and to do something different as compared to the lanterns?

One thing for sure, I can mark one item off my to-do list before CNY! Gong Xi Fa Cai!