This year's Halloween event was held much, much earlier - beginning 16 September right up to 29 October 2016. We only went during early October but I really did not have time to update my blog till now. 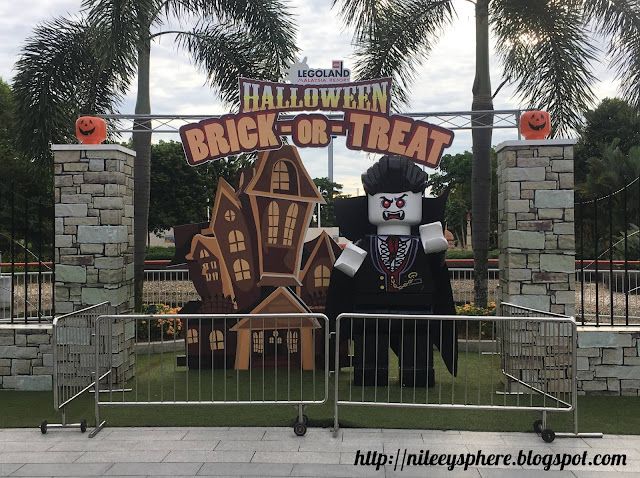 This year's event is a little more different and elaborate as compared to previous year. Also, they extended the entire park hours right up to 9pm during Hallooween Nights. I guess reception to this event is so popular they decided to make it more grand this time around.

The main event is still held at the Castle area, the main castle now decorated with a huge ghoul waiting to devour visitors. 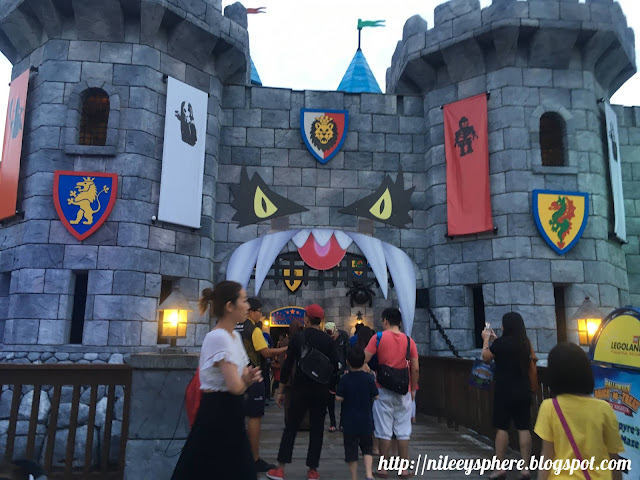 Decoration wise, we have something old, something new. Can't deviate much from the Halloween theme, can we? 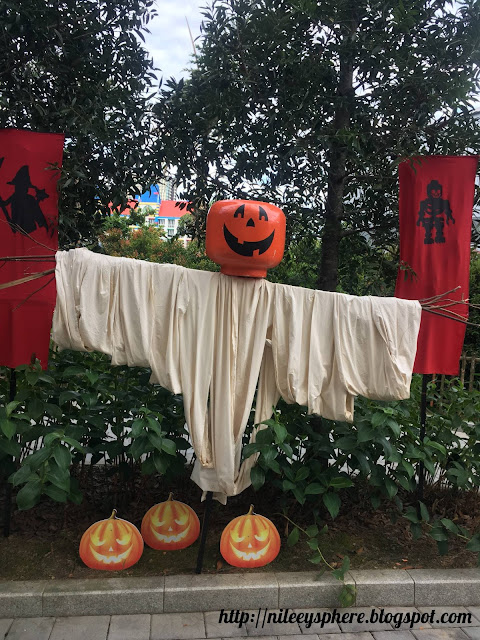 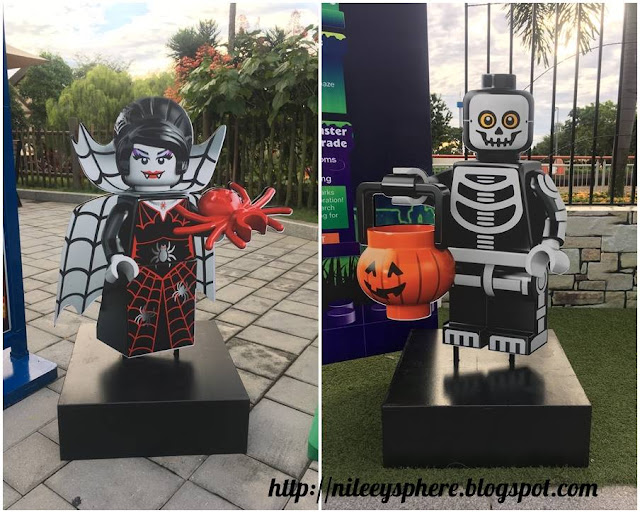 As usual, the biggest attraction for Halloween Nights is the Brick or Treat trail for the children. This year they are more organised as compared to previous year. The starting point of the trail is located at the entrance to Lego Kingdoms, next to Star Wars Miniland. Each kid must be present to be entitled to receive the paper bag and trail map.

On the trail map they need to visit ten kiosks and get the map stamped for all stations. Inside the goodie bag there are ten Lego bricks. You need to exchange the bricks in order to receive the freebies. Upon receiving all the nine stamps, they can redeem the Duplo Halloween commemorative brick from the tenth kiosk. 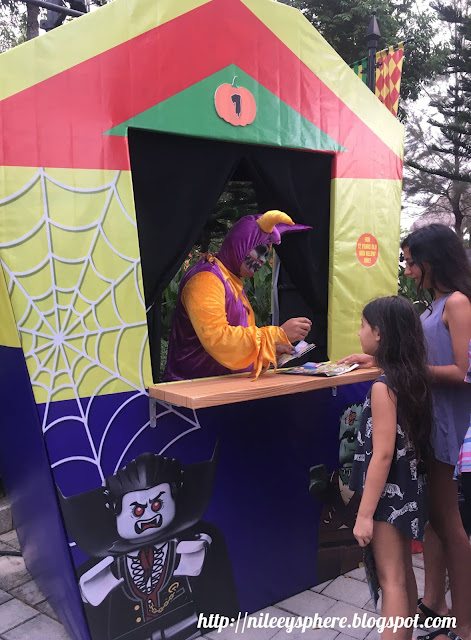 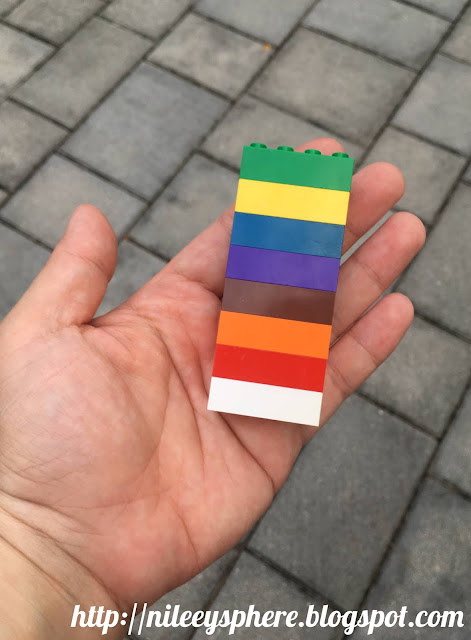 Somehow the 2nd kiosk always have the longest queue. I wonder why? 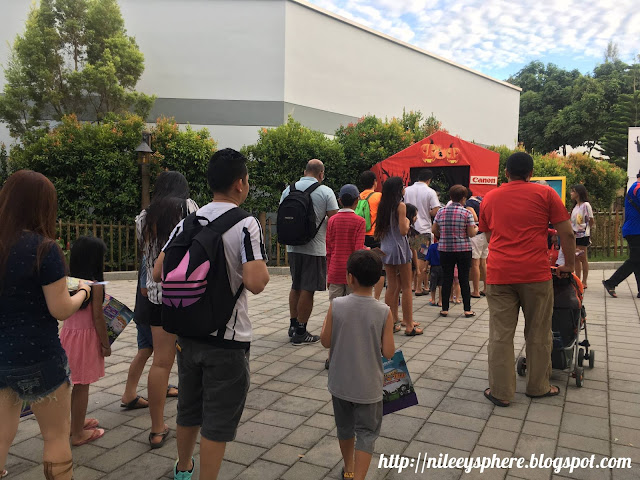 There is also photo session with Lord Vampyre and the Green Witch. I did not take any with the kids as they were afraid.Sigh. 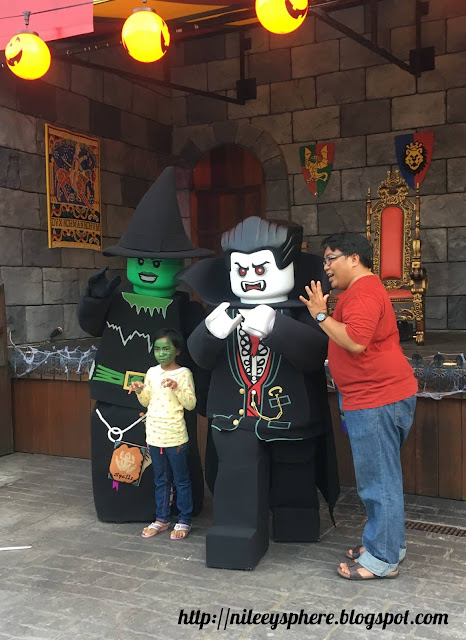 For the grown-ups hoping to get a Duplo Halloween brick, they can attempt to build either a Lego pumpkin or spider. Upon completion they will receive a brick for their efforts. 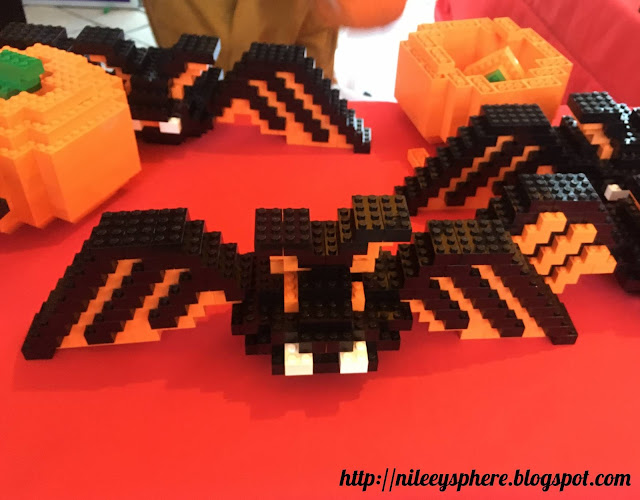 I wanted to try to build the spider but it was 50 steps process and I was running out of time. This was how my spider looked like before I had to hand it over back to the Legoland staff. Obviously I did not receive my brick :( 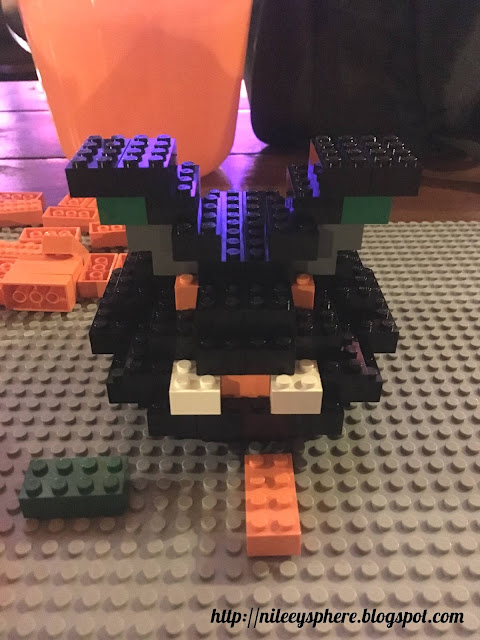 This year's show theme is called Monster Catcher's Club. Two monster catchers Bo and Jo are in Lord Vampyre's castle trying to catch a monster but needed help from the children. It is funny with a local flavour but I find last year's performance more engaging. My daughter loves the Monster Catcher's Club pose though (see below photo). 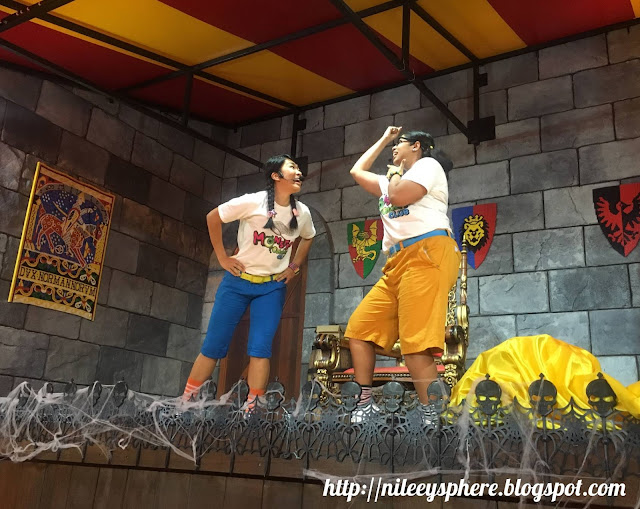 Face to face with Lord Vampyre! 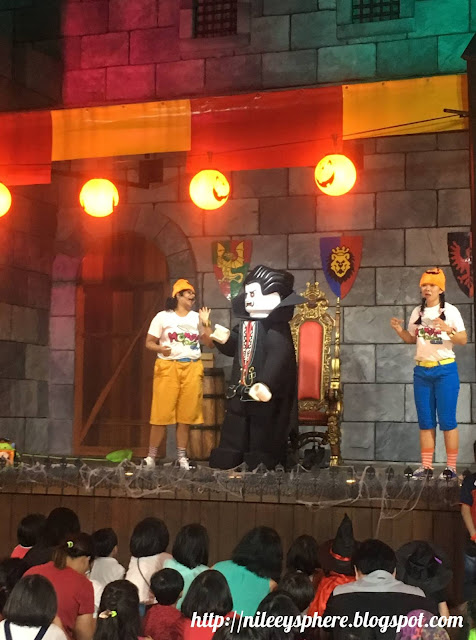 This year's freebies are a little mixed. Staedtler gave away colour pencils last year but this year we received only one 2B pencil. Haribo still gave away the same gummy candy. We also received Premier tissue paper, Milo pencil box, Ribena candy and Canon notebook.

Of course, none more important than the Duplo Halloween commemorative brick. Here i put it on temporary display with my old castle set and my cousin's skeleton and bat. Looks like this is something I need to start collecting every year. 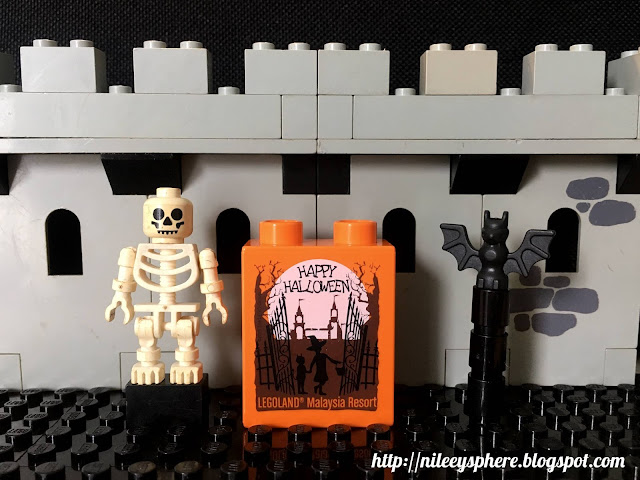