Posted by n i l e e y on December 22, 2018
My last posting for this Legoland event was during 2016. We gave this a miss in 2017 as we did not renew the annual pass, plus baby J was not even 6 months old yet, making it a challenge to visit Legoland with 4 young children in tow.

Now that baby J is 1 year old plus, we renewed our annual pass and once again, able to visit Legoland during its Brick-tacular Holidays event. This time around, we met up with one of D's best friends who just finished her school term.

First thing I noticed, Santa Claus and his sleigh was missing at the entrance! So now do we take our photoshoot?? The signage indicated that Winter Wonderland is located at Lego City, similar to previous years. 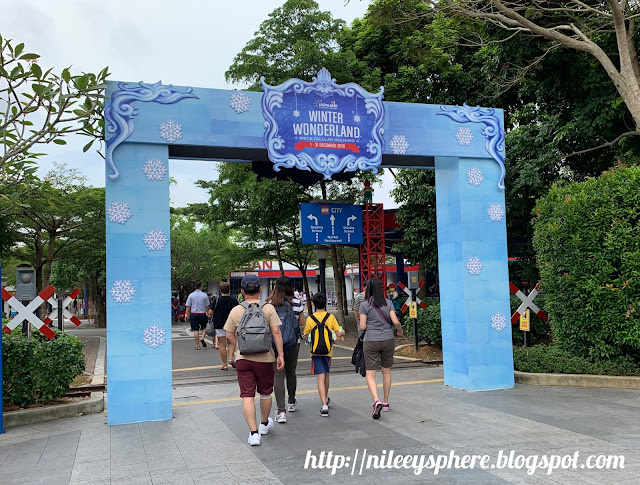 One of the first attractions right opposite the BIG shop, before the entrance signage was the snow house. There was a long queue in front of what looked like an igloo. We wondered what was inside, so we also queued up. 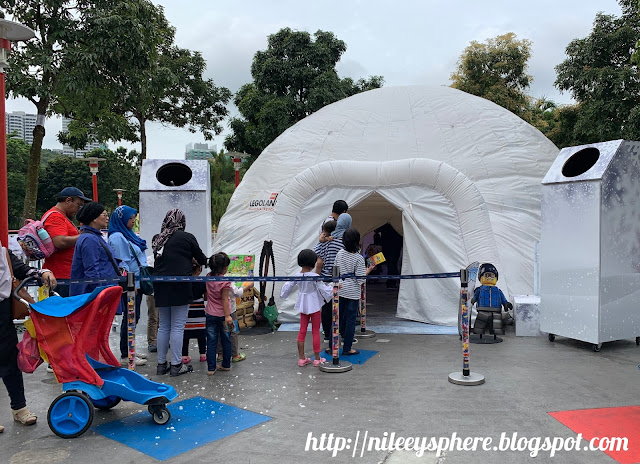 Turns out inside was just a throne made of (fake) ice blocks, Lego Penguin Man and Yeti. It was more of a photo opportunity more than anything else. 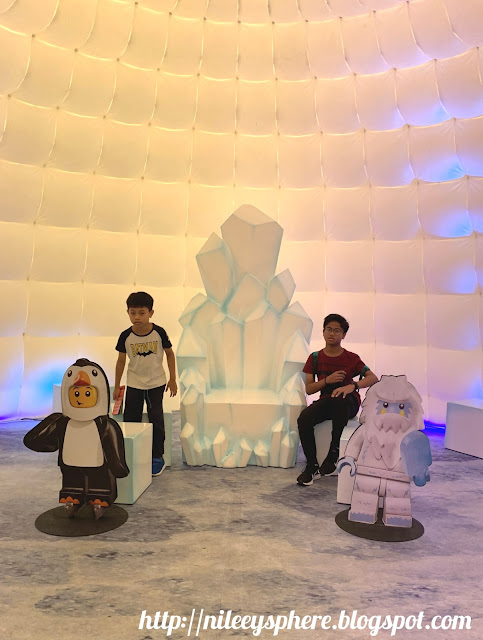 Next, we entered Lego City area where the section is decorated in line with the Christmas theme. There stood the Duplo Christmas Tree in its usual spot, next to it is the open stage. 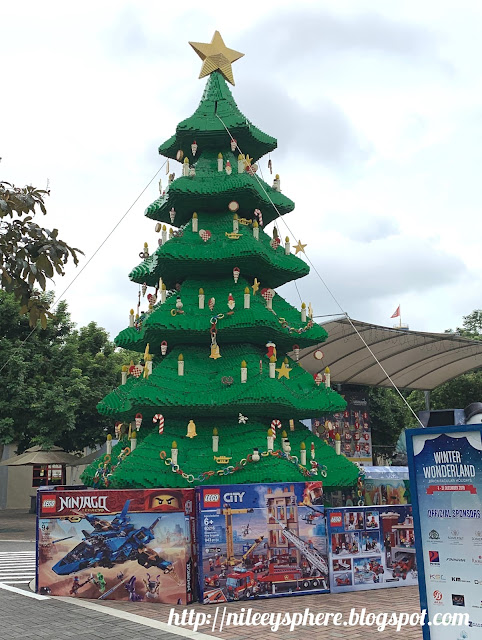 Something new this year - well, at least for me - was the Santa's Grotto, located next to Market Restaurant. In order to meet Santa, the children had to write a message to Santa, and post it into the postbox located outside. 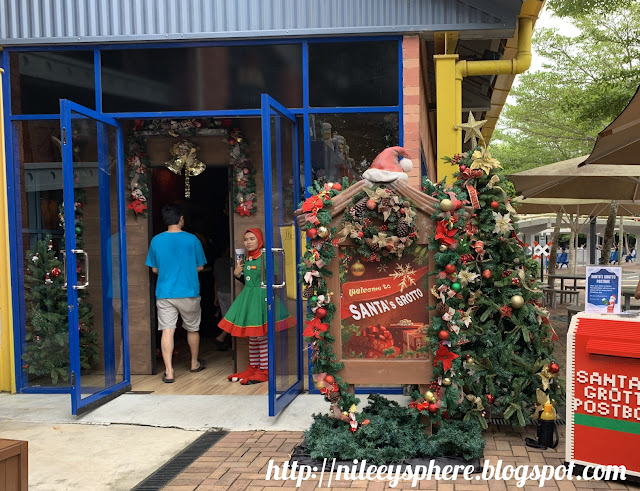 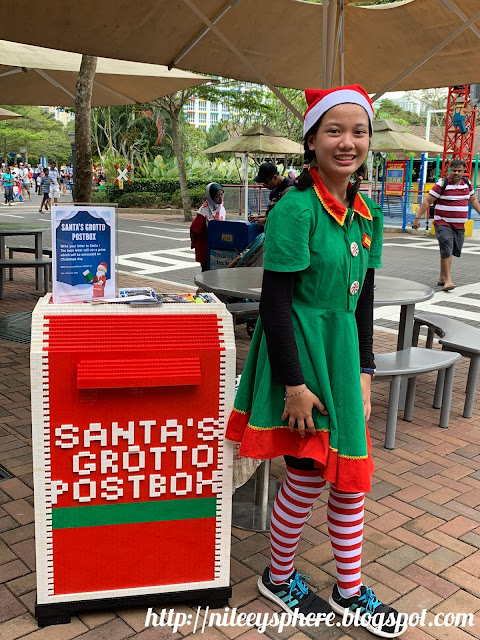 The girls got to writing their own message. Here is D's message to Santa Claus 😁 : 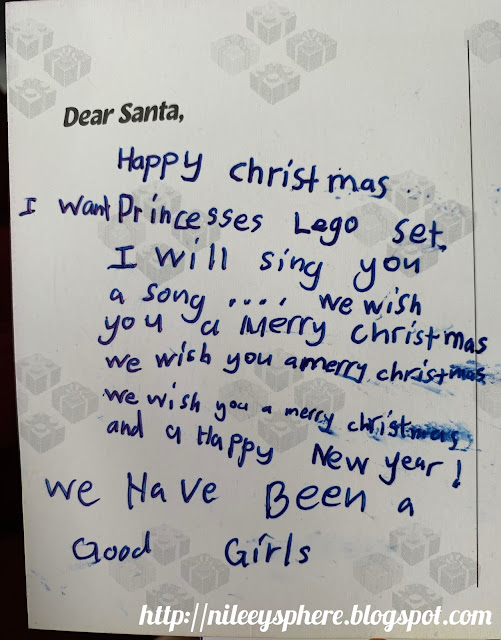 After posting the postcard, writing their names on the 'Nice List', the door opened, and inside is Santa Claus waiting to give the good kids a welcome hug and photo opportunity! 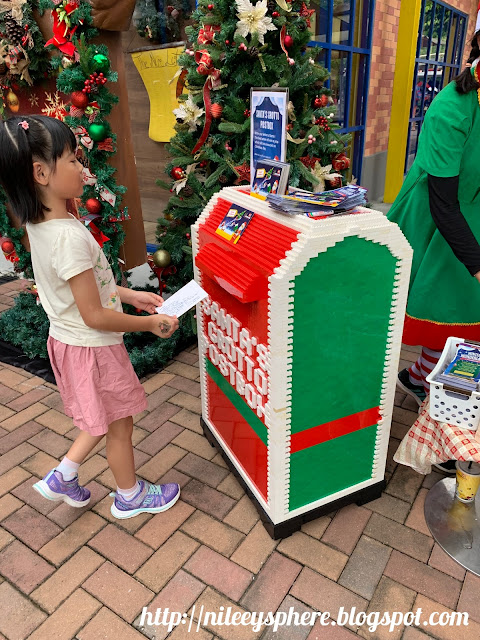 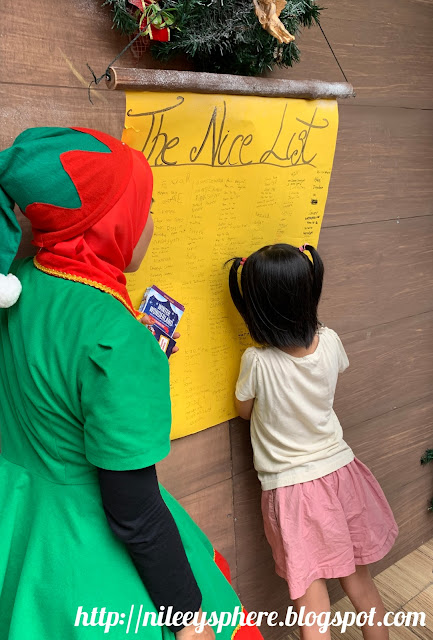 We proceeded to have lunch at Market Restaurant, before we continue with the Christmas activities inside Legoland. So happened the Christmas Dance perfomance was about to take place at the Christmas stage, so we headed over there first. 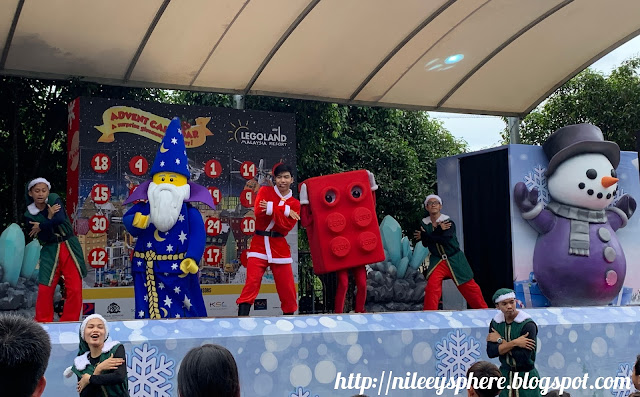 After the performance was over, we headed over to Miniland to take part in 'Spot the Naughty Elves' activity. We need to locate 10 Naughty elves within Miniland and write down their respective names. It was quite funny to see an elf in each of the Miniland site, it looked so out of place hahaha! 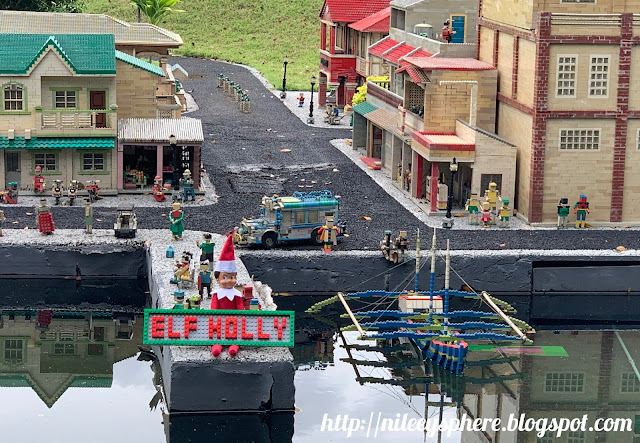 After the girls completed their activity, we headed back to BIG shop to redeem our prize, which was the DUPLO commemorative block.

It started raining very heavily during the later part of the evening, we hid inside the shop until it subsided. Unfortunately it was still raining when the Christmas Tree light up took place, we could only take a photo of it without the crowd. Felt like the Christmas Tree was very lonely without its spectators LOL. 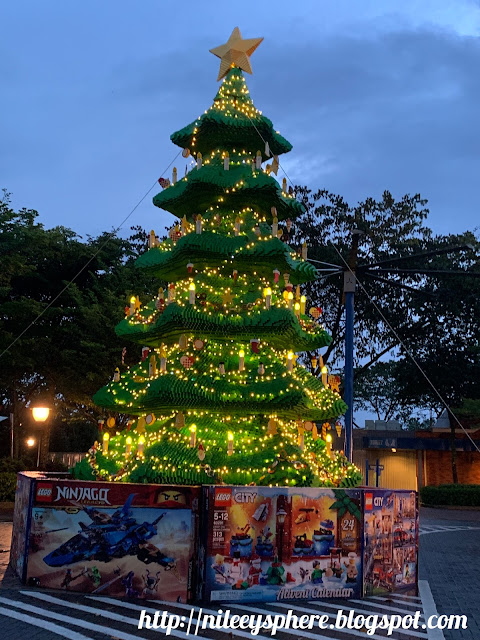 I remember that I commented during this year's Halloween event that Legoland was pretty stingy with the DUPLO Commemorative brick. This time around it was different : The girls got their bricks when they took part in the Christmas performance; when they completed the Miniland activity; when they completed building the LEGO snowman (while waiting for the rain to subside). It was a nice bright pink printed brick, and we were given 6 in total. Mummy can keep one and the kids play with the rest. I can say this is my favourite brick to date. 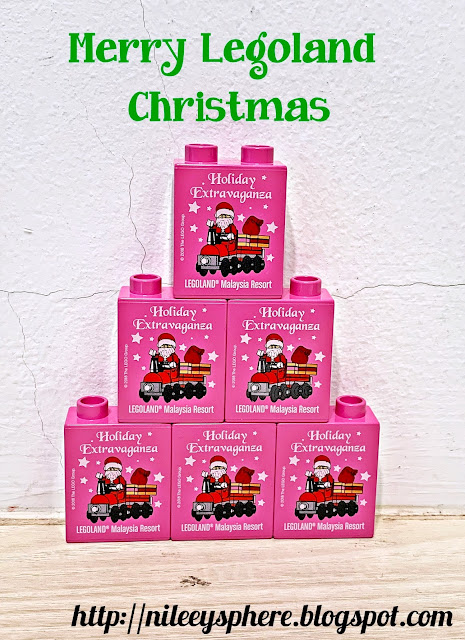 Wishing all of my readers a Merry Christmas and Happy New Year!